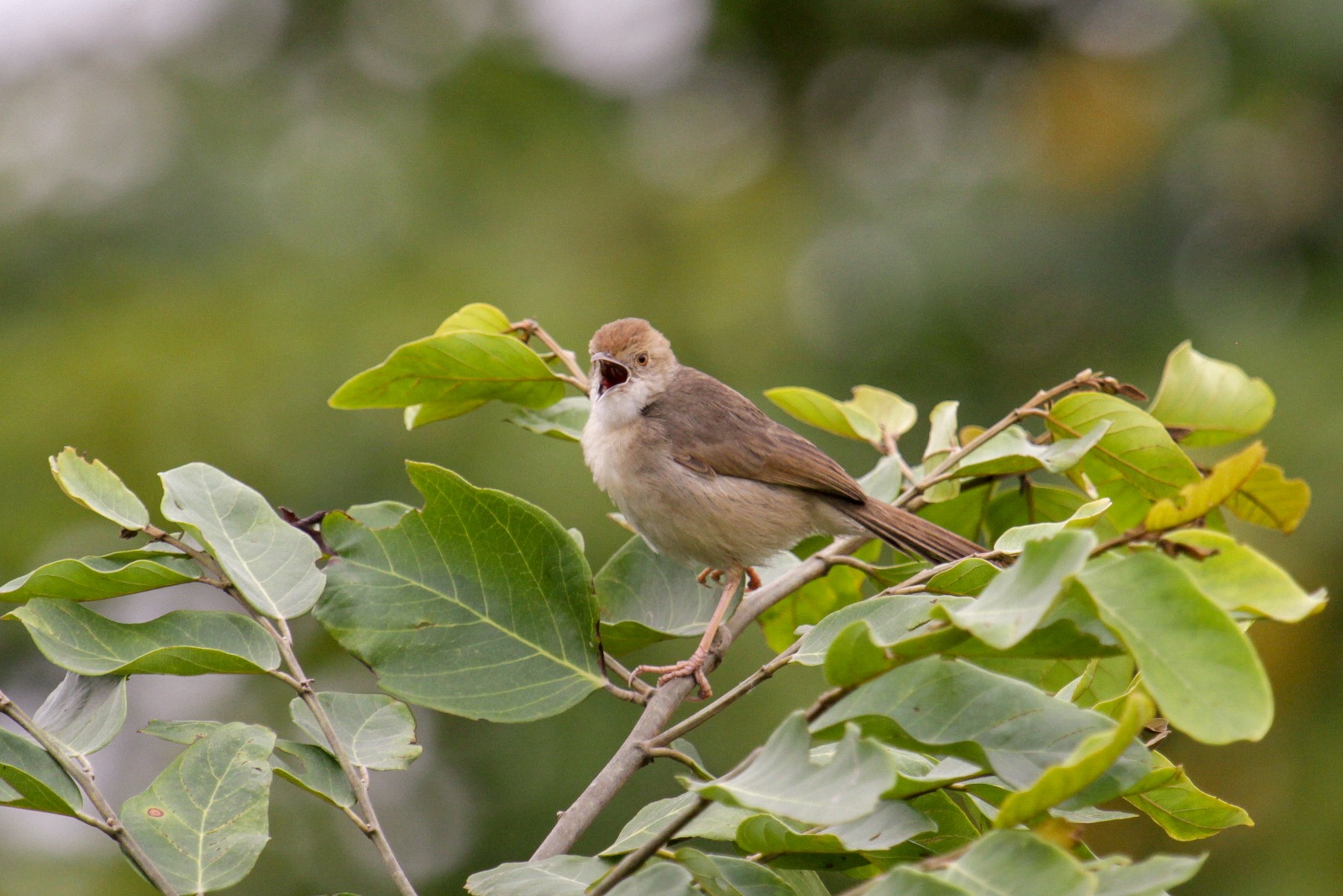 Large, plain cisticola. The most outstanding aspects of the plumage are the pale underparts and the two bands across the tip of the tail, one pale and one black. Found in a variety of open habitats including coastal scrub, savanna, plantations, villages, and forest edge. Very similar in appearance to Chattering and Rattling Cisticolas, but often distinguished by range and habitat, and further distinguished by having less rufous on the head, and a less-streaked back and less rufous wing than Rattling Cisticola. Song is variable, but typical pattern is a couple of “che” notes followed by a long, liquid trill; overall, song is very similar to the songs of Chattering and Rattling Cisticolas. Also gives squeaky whistles and scolding calls.