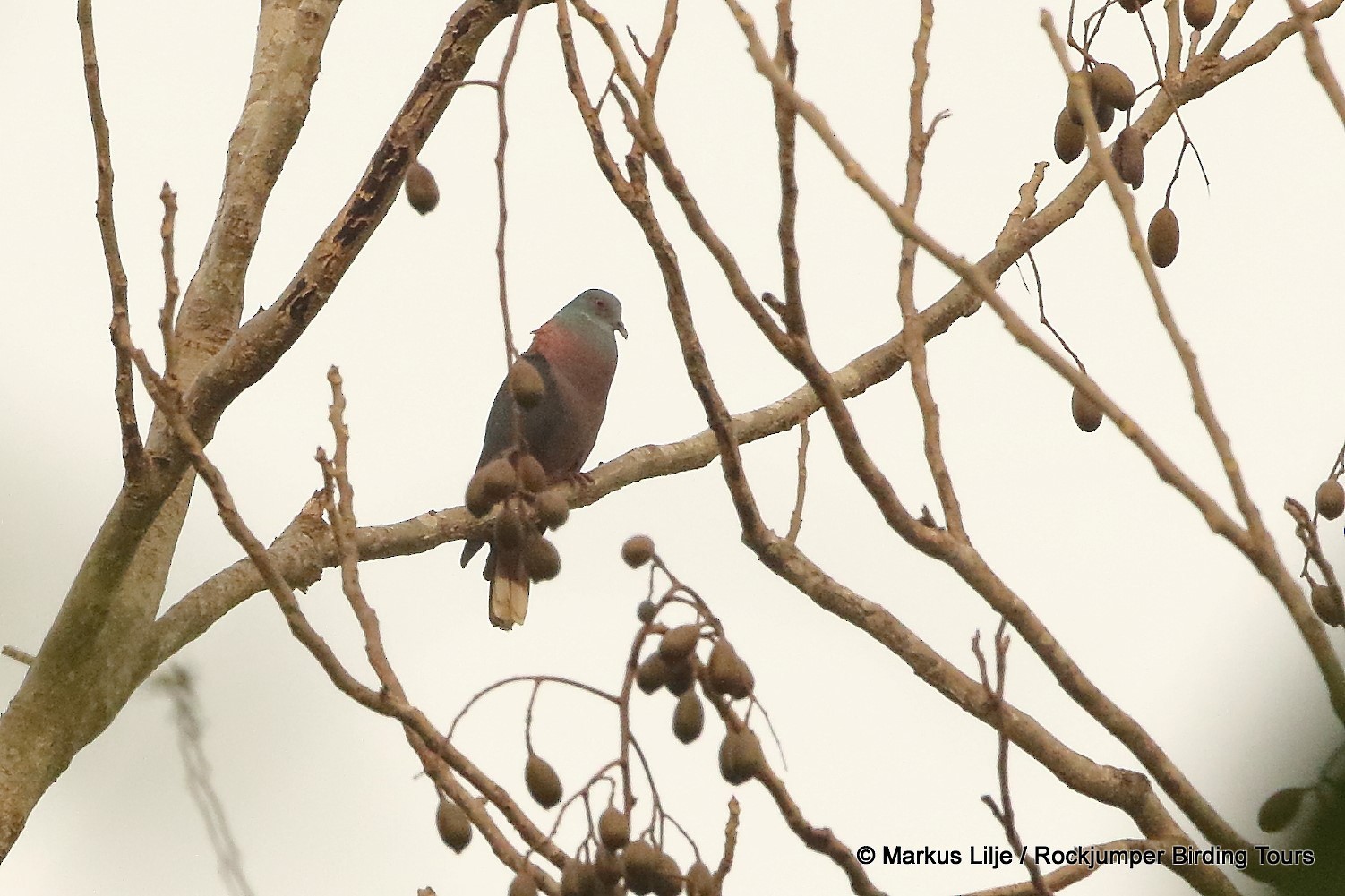 Blackish, short-tailed, medium-sized pigeon. Both sexes have reddish underparts, and the male shows a contrastingly gray head. There is a buff tip to the tail which can be conspicuous in flight. Found in rainforest and gallery forest. Inconspicuous bird that spends most of its time in the forest canopy. Song is a “bouncing ball” accelerating series of low hoots. Fairly similar to Lemon Dove, but rarely found in the understory, and has a dark face. Male could be confused with Blue-headed Wood-Dove, but has a much darker back, and is usually found higher in the forest.