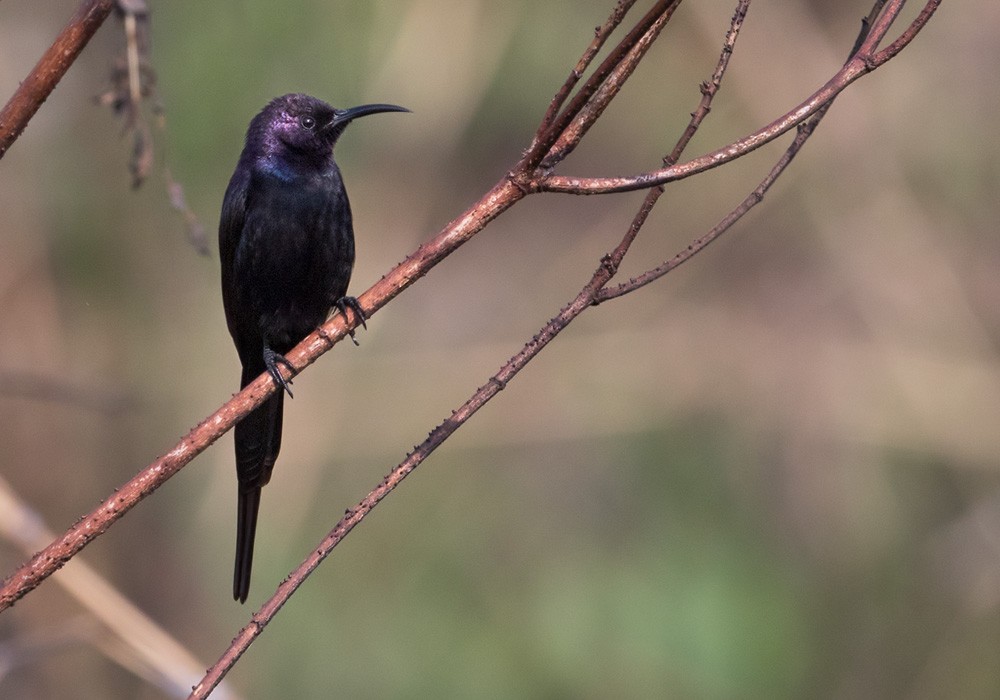 A slim, medium-sized sunbird with a long thin bill. Males have purple iridescence, though they look black in most light. The female is very drab. Found locally in open microhabitats within miombo woodland, including grassy glades and wetland edges. Similar to Bronze Sunbird, but male separated by the purple rather than green iridescence, and female by the lack of a strong eyebrow or streaking below. Female similar to other female sunbirds, but can be identified with care by a combination of its plainness and its overall size and structure. Vocalizations not well known, but one common call is two whistled notes given in quick succession.