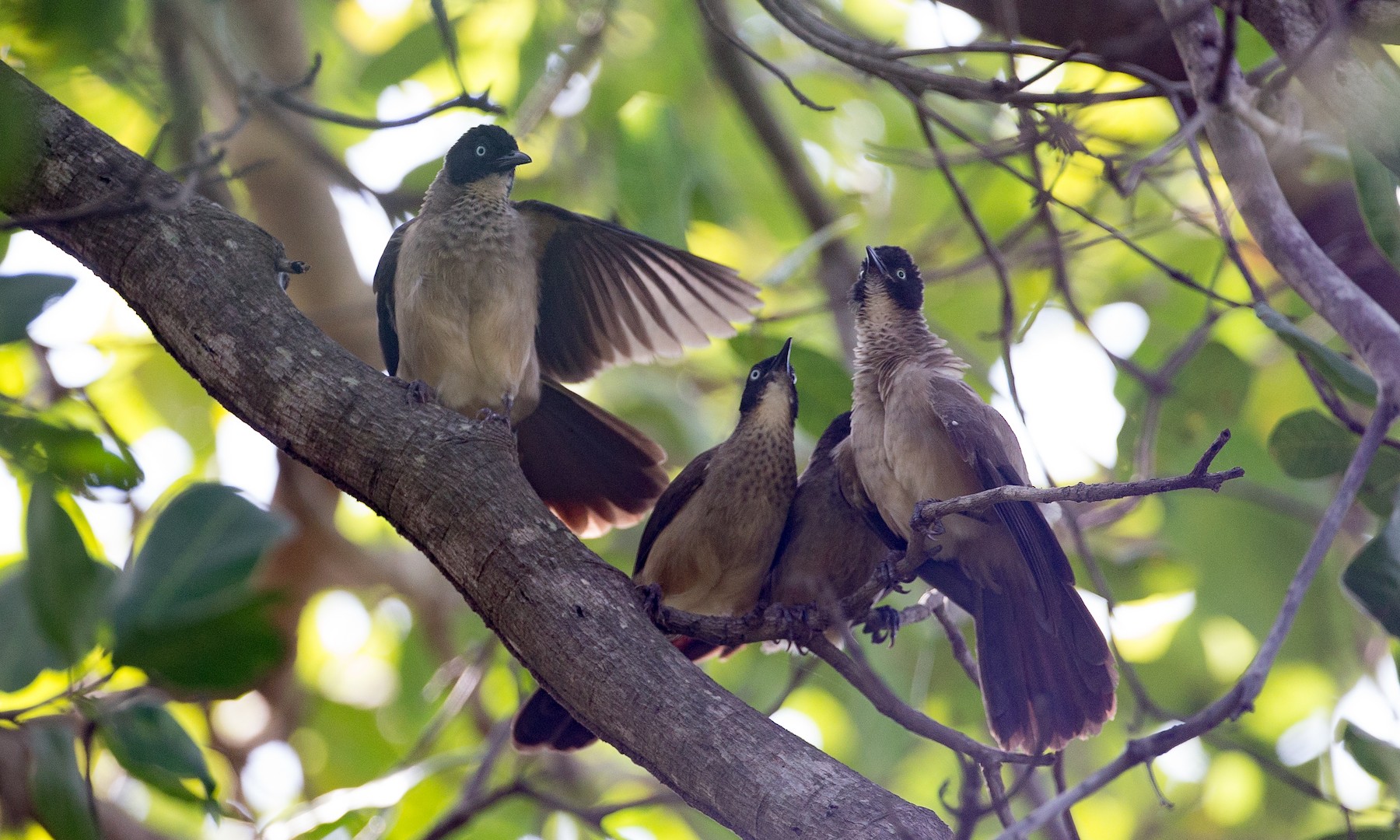 A mostly brownish babbler with a black head and a white eye. The underparts are pale in the west and become increasingly darker in the eastern part of the range. Found in moist woodland, dense savanna, scrub, gallery forest, forest edge, cultivated areas, and gardens. Almost always in groups, which feed by hopping across the ground. Similar in behavior, shape, size, and overall brown coloration to Brown Babbler, but easily separated by the black head and the lack of a contrastingly paler rump. Calls include a raspy babbling, nasal calls, and a dry clucking, all usually given by a whole group in chorus.