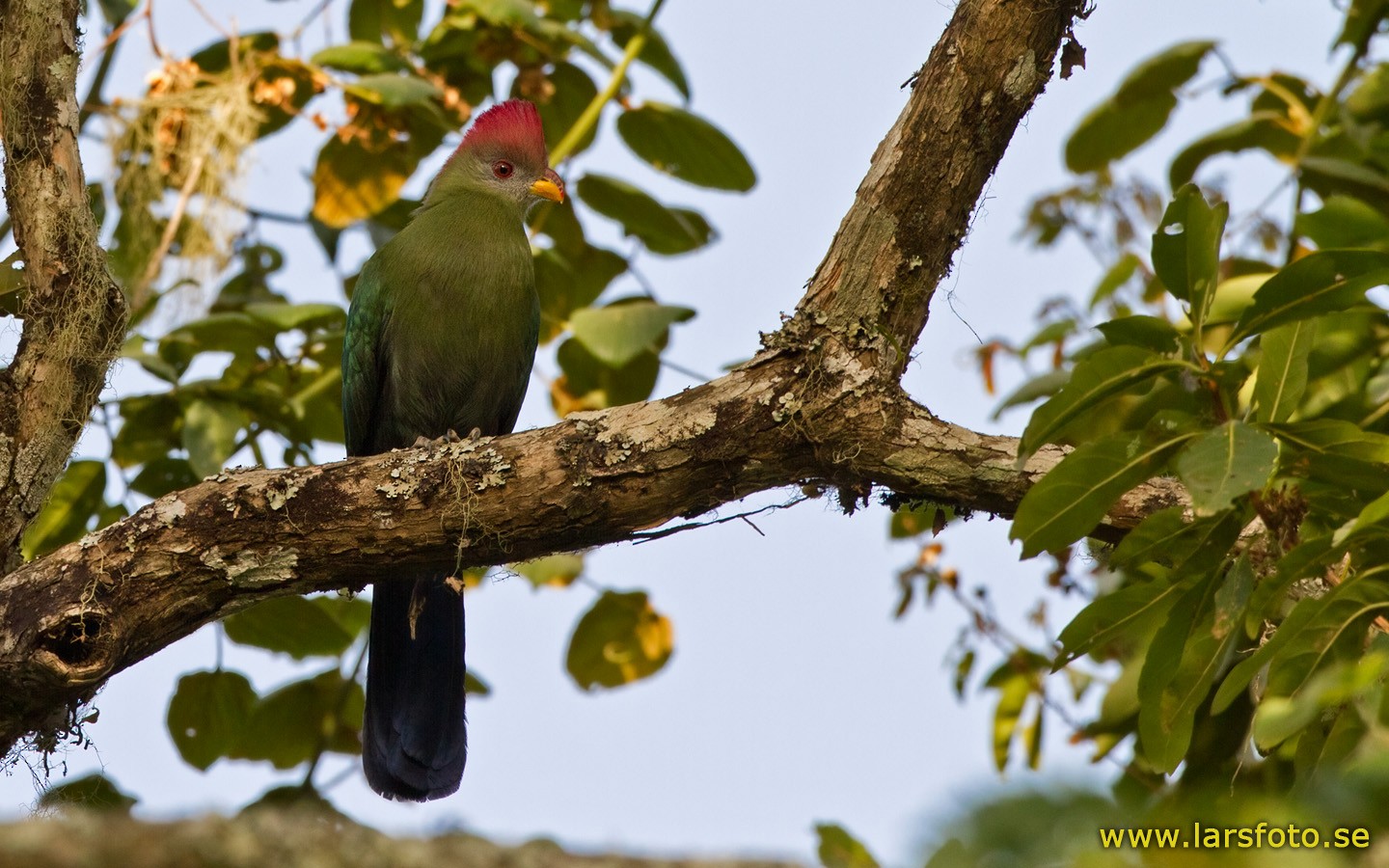 A long-tailed, bulky greenish turaco with a yellow bill, a red crest, and gray cheeks. In flight, it explodes from the canopy, showing distinctive deep red panels in the wings. Pairs or small groups bounce agilely through montane primary and secondary evergreen forest canopies. Restricted to the Bamenda highlands of Cameroon, where it is an endangered species. Presence often revealed by its song, which lasts about 5 seconds: a whooping “hooooah” followed by 7–10 harsh croaking repeated “khaaar” notes; higher-pitched than songs of most other turacos. It is the only turaco within its range with a red crest.