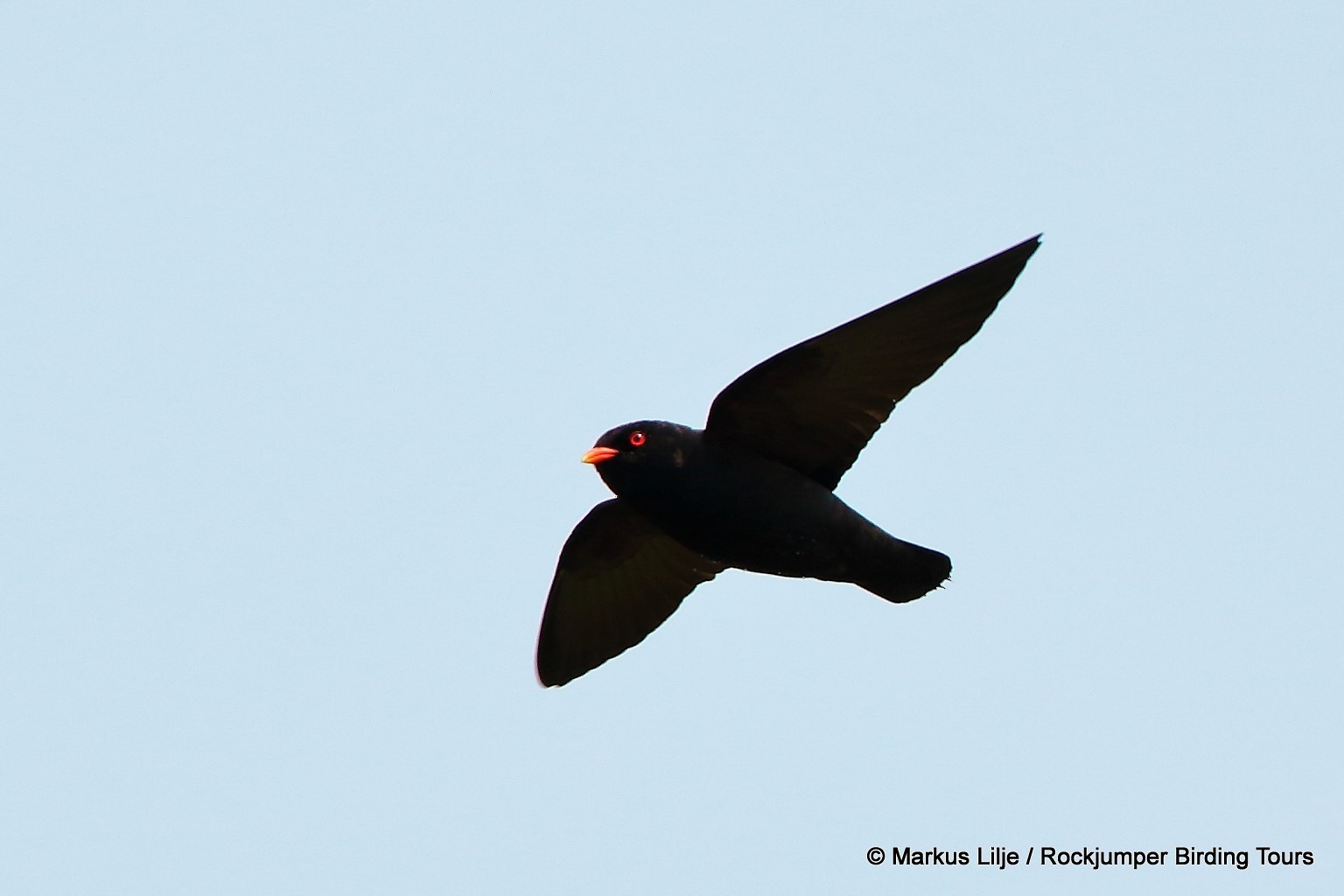 Enigmatic and distinctive, this compact all-dark martin has striking red eyes and a bright orange-red bill. Juvenile is duller. In lethargic flight it appears bulky-headed, short-tailed, and triangular-winged. Small to large groups forage high over forested rivers, swamps, and coastal scrub. Birds migrate between two breeding areas, one in coastal central Africa from Gabon to northern Angola (August to December), and another farther inland, centered on the Congo River in west-central Democratic Republic of Congo (January to May), but their habits remain poorly understood. Calls include a scratchy chattering “skeer-skeer”; large flocks can become cacophonous.