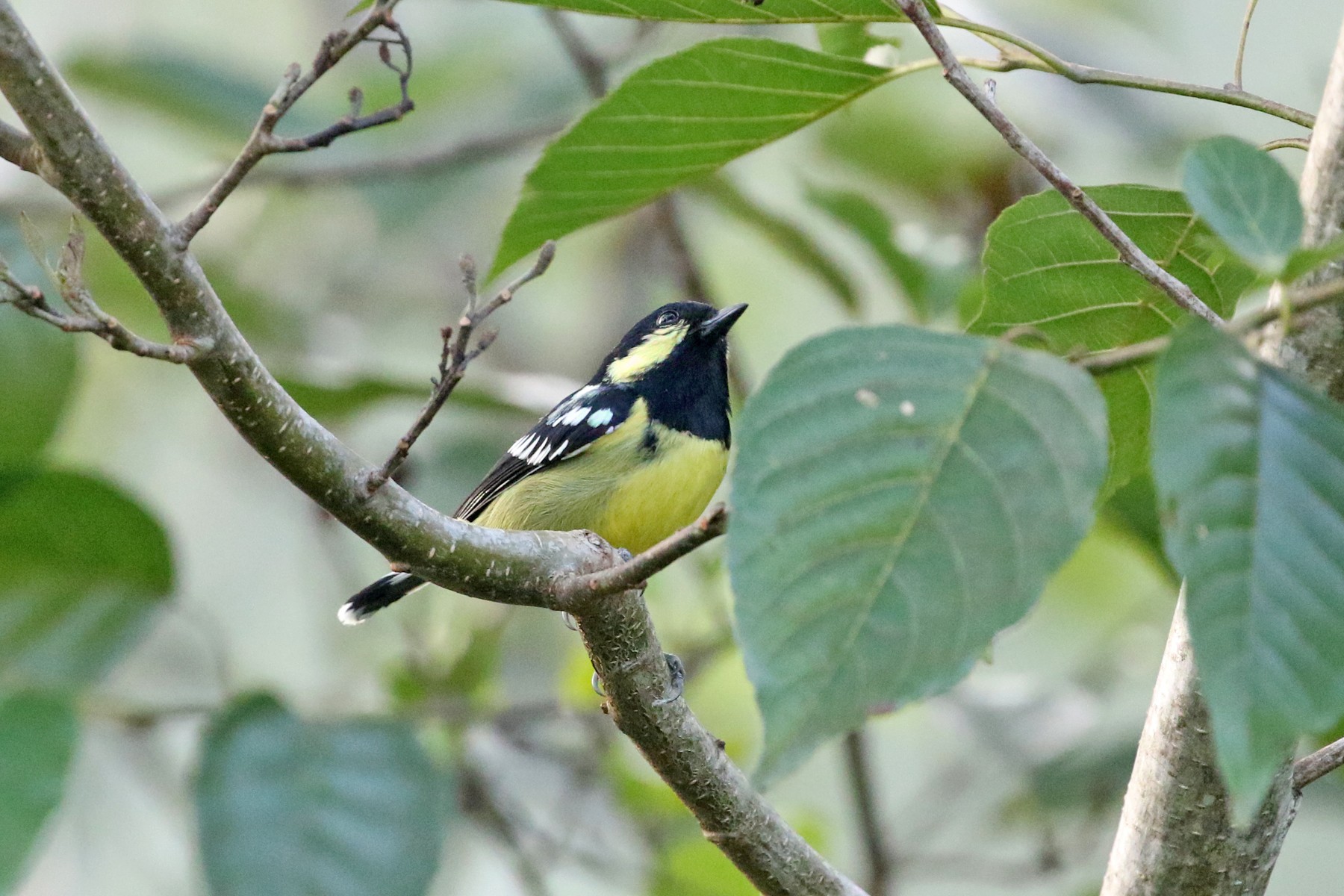 A small, common bird of forest and more open wooded areas from the foothills to the mountains. Has a yellow cheek and underparts, a black bib, cap, and wing, whitish blotches on the wing, and a black tail with a white tip and edge markings. The female is not as bright as the male. Unmistakable in range. Song consists of a medium-pitched whistle, followed by two high notes, repeated: “chuu chit-chit! chuu chit-chit! chuu.” Also gives nasal rasps typical of tits.