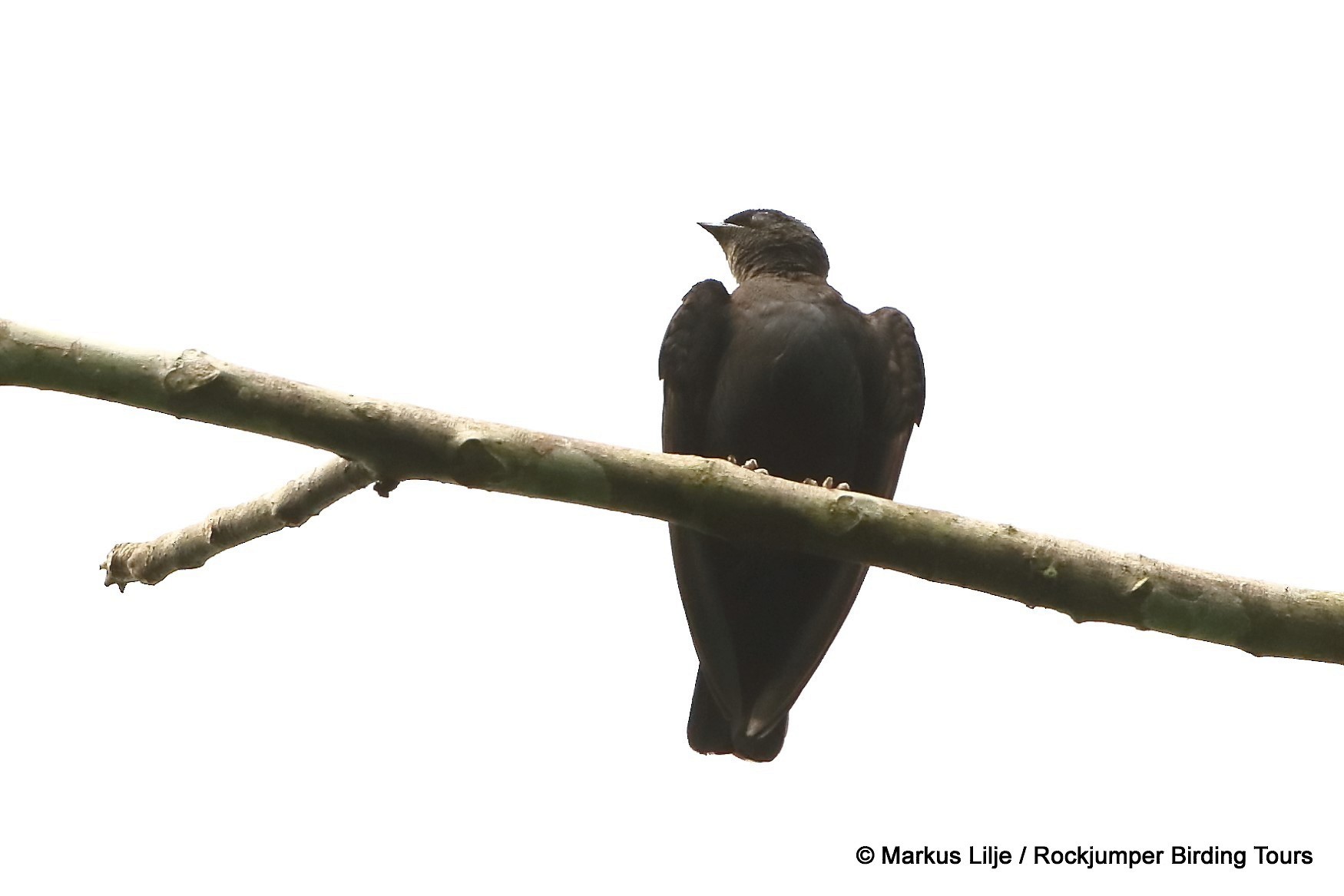 A locally common dark swallow, frequently seen above forest or along the forest edge, occasionally in more open habitats. Fairly uniform brownish-black with a unique, faintly green gloss to its plumage. Tail is short and mostly square with a slight notch. In Central Africa, overlaps with the very similar Forest Swallow, and not all individuals can be identified with certainty in the field, but in general Square-tailed Sawwing has a more flowing, swallow-like flight, a greenish gloss to the plumage, a relatively uniform appearance, and a different voice. Calls are a series of short, high-pitched squeaks and whistles.