Ithaca, New York & Winnipeg, Manitoba—Eighty percent of bird species examined in a new study were reported in greater numbers in human-altered habitats during pandemic lockdowns. Researchers compared online eBird observations from the United States and Canada from before and during the pandemic. They focused on areas within about 100 km of urban areas, major roads, and airports. Their findings were just published in the journal Science Advances.

“A lot of species we really care about became more abundant in human landscapes during the pandemic,” says study senior author Nicola Koper at the University of Manitoba, which led the research. “I was blown away by how many species were affected by decreased traffic and activity during lockdowns.”

A few species decreased their use of human-altered habitat during the pandemic. Red-tailed Hawk reports decreased near roads, perhaps because there was less roadkill when traffic declined. But far more species had increased counts in these human-dominated landscapes. 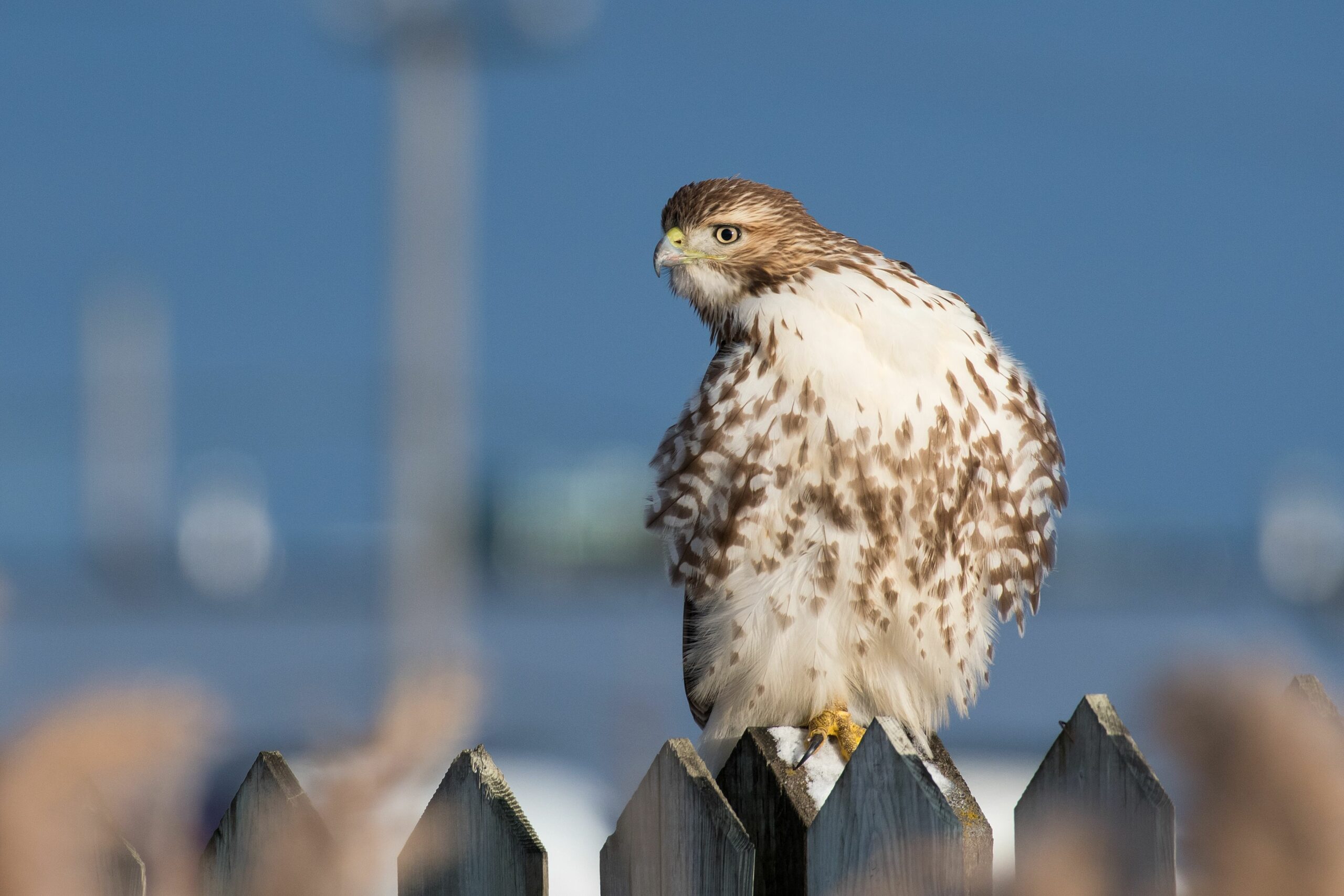 The authors filtered pandemic and pre-pandemic eBird reports so that the final data sets had the same characteristics, such as location, number of lists, and level of birdwatcher effort.

“We also needed to be aware of the detectability issue,” explains co-author Alison Johnston from the Cornell Lab of Ornithology. “Were species being reported in higher numbers because people could finally hear the birds without all the traffic noise, or was there a real ecological change in the numbers of birds present?”

The study tested whether better detectability might be a factor in the larger bird numbers reported. If it was, the scientists expected that to be more noticeable for smaller birds, which are harder to detect beneath traffic noise. However, effects were noticed across many species, from hawks to hummingbirds, suggesting that the increased numbers were not only caused by increased detectability in the quieter environments.

Vast amounts of data from a likewise vast geographic area were vital for this study. The researchers used more than 4 million eBird observations of 82 bird species from across Canada and the U.S.

“Having so many people in North America and around the world paying attention to nature has been crucial to understanding how wildlife react to our presence,” says lead author Michael Schrimpf, a postdoctoral fellow at the University of Manitoba. “Studies such as this one rely on volunteer birdwatchers, so if you enjoy watching wildlife, there are many projects out there, like eBird and iNaturalist, that can use your help.”

This study was funded by Natural Sciences and Engineering Research Council of Canada with in-kind support provided by Environment and Climate Change Canada and the Cornell Lab of Ornithology.