Last year, we highlighted stories from birders around the world who use eBird, the Macaulay Library, and/or Merlin. It is wonderful to read about the variety of paths that people follow in birding. These stories remind us that we are part of a diverse community with different backgrounds, brought together by a shared passion for birds and a desire to learn more.If you have an eBird story to share, we look forward to hearing it.

For those spending more time in urban apartments, the Rock Pigeon may be a common sight. But did you know the appearance of this global species changes from region to region? In this eBird Story, Sarah Rackowski shares how she is using eBird and the Macaulay in her research on pigeon microevolution.

My birding story by Sarah Rackowski

My name is Sarah Rackowski, I am a 16 year-old young birder. For many years, I have taken (short) birding trips, chased rarities and simply watched birds. However, more recently, my passion for birds has taken a more scientific path.  Of special interest to me is how birds are reacting to a changing world, even more specifically, I am fascinated by the rapid adaptation of species, or microevolution.

Last year, I got an incredible opportunity to join a special research methods class at my high school. Of course, I knew I wanted to study microevolution. After a period of consideration, I decided that I would conduct my research on rock pigeons, Columba livia, both for their accessibility and capacity for physical variation, demonstrated by the following images.

My study is based on morphological measurements of living and preserved birds, as well as analysis of color or color and pattern trends in both living and preserved birds. I compared measurements and color data of birds from different locations around the east coast of North America and analyze them to see if any significant difference was present.

The preserved birds part is easy, all I needed to do was (somehow) get my way into a museum collection, and take measurements of whatever specimens I could find, so far this has included skeletons, study skins and alcohol-specimens.

Living birds are harder. Wild birds aren’t so keen to sit still and be measured, nor can you get them to sign forms of consent letting you simply walk up and restrain them. To get pigeons, I needed to seek them out, and capture them. This would be harder than I thought.

That is unless some sort of tool exists that tracks recent sightings of common birds on a global scale and can be searched to provide data on where those birds are found in high numbers…..

Yep, that’s where eBird comes in!

I mostly use the species map tool, filtered to sightings of rock pigeons in the past two years. Although pigeons are reported almost everywhere, large flocks have a surprisingly limited range that can be pointed out with eBird. I also use the explore media tool to look for close up-photos of pigeons. Chances are, the closer the photographer was to the pigeon, the bolder the pigeon is and the less likely it is to be scared away by a foreign object, like a trap. 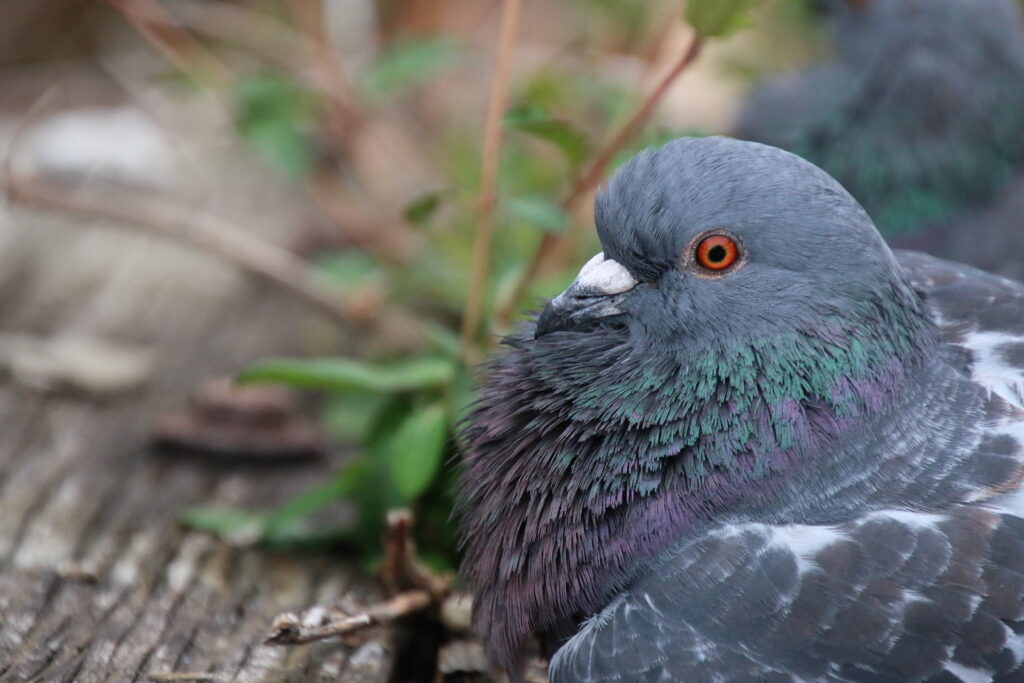 Once I have found a region with a high density of brave pigeons, I would contact as many people as possible who had bird feeders or heavily pigeon-populated land. If I got lucky, I would be invited to trap, then I could collect my data (if I happened to get any pigeons) and be on my way.

The Macaulay Library itself has been a huge help to me, although I like to fancy myself a pretty efficient photographer, there is no way I can get enough photos of pigeons and their varying colors to make a good sample size. Instead, I use recent images of pigeons taken by other from the Macaulay Library, then analyze those to find patterns in regional color distribution.

After several months of trapping at sites and visiting museums from key west Florida to Chicago Illinois, I’ve got data! From preliminary statistical analysis, I can conclude that American feral rock pigeons have been evolving since their introduction. The four regions of pigeon study I was able to visit showed a difference from each other in fascinating ways, here are a few, but not all of the results I found: 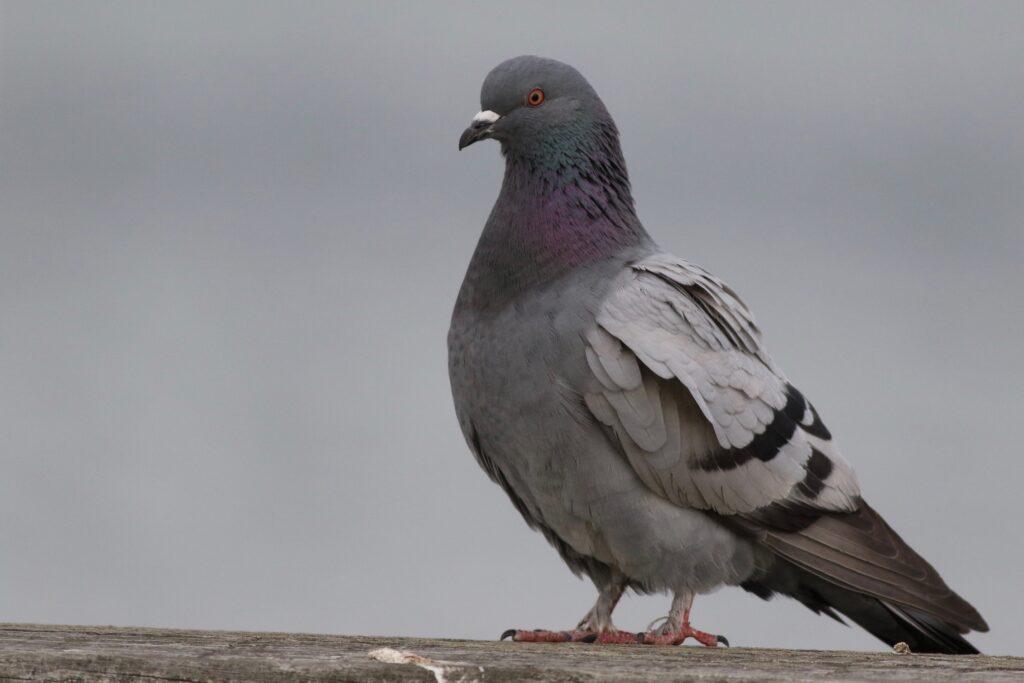 An example of what feathered legs look like on a feral pigeon. Rock Pigeon (Feral Pigeon) by Max McCarthy/Macaulay Library

If all goes well, I plan to publish what I have found in full to a scientific journal by the end of this year. Further work, and possibly another publication, will be conducted on the ectoparasite communities – fascinating and intricate micro-ecosystems of insects and arachnids found only on the feathers of pigeons.

eBird has been an invaluable resource for finding and observing the colorations of pigeons. 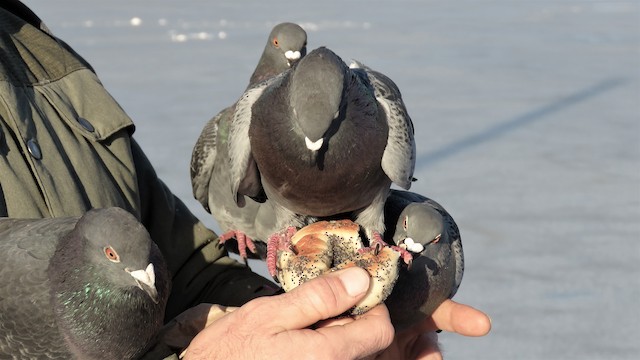 Ps. Enjoy this photo of pigeons eating a bagel, as it is a combination of two of the greatest things in the world, Columbiformes and boiled wheat dough.