eBird began in 2002 with a mission to gather the knowledge and experience of birders and freely share that information to power data-driven approaches to science, conservation, and education. Over the past 19 years, eBird has grown into a global community collaboration with hundreds of partners, thousands of volunteers, and hundreds of thousands of eBirders around the world.

We’re excited to announce another incredible milestone from you, the eBird community—ONE BILLION (1,000,000,000) bird observations. That’s a LOT of bird observations! One billion bird observations represent the cumulative experience of 77,466,000 birding checklists submitted by 684,300 eBirders from 202 countries. eBird’s billionth bird observation was an Australasian Swamphen, reported on this checklist by Heidi Krajewski during Global Big Day 2021.

“I am overcome with emotion as eBird achieves the milestone of one billion observations,” says John Fitzpatrick, Executive Director at the Cornell Lab of Ornithology. “We started eBird nineteen years ago as a hopeful venture uniting birders’ needs and passions with birds’ remarkable powers to advance science, conservation, and public engagement. Our continuing investment in this experiment has yielded compounding rewards every year since. eBird has become the world’s most expansive citizen-science project. This growing biodiversity database fuels an increasing number of profoundly important, locally based conservation projects worldwide.”

The power of eBird data

One billion bird observations are a powerful resource, offering valuable insights into bird populations at continental scales. eBird observations are used by people worldwide from students and educators to statisticians and computer programmers to conservation policymakers and natural resource managers.

For Amanda Rodewald, director for the Center for Avian Population Studies, one of the most important uses of eBird data is developing metrics for monitoring conservation initiatives. “eBird’s one billion bird observations mean more potential than ever to create, curate, and apply data products that fuel scientific discovery and support conservation and environmental decision-making,” says Rodewald. “Fine-scale details about distribution, abundance, and population trends across broad spatial and temporal extents provide a lens to better understand the full-annual cycle of birds and guide strategic, dynamic, and precision conservation.” 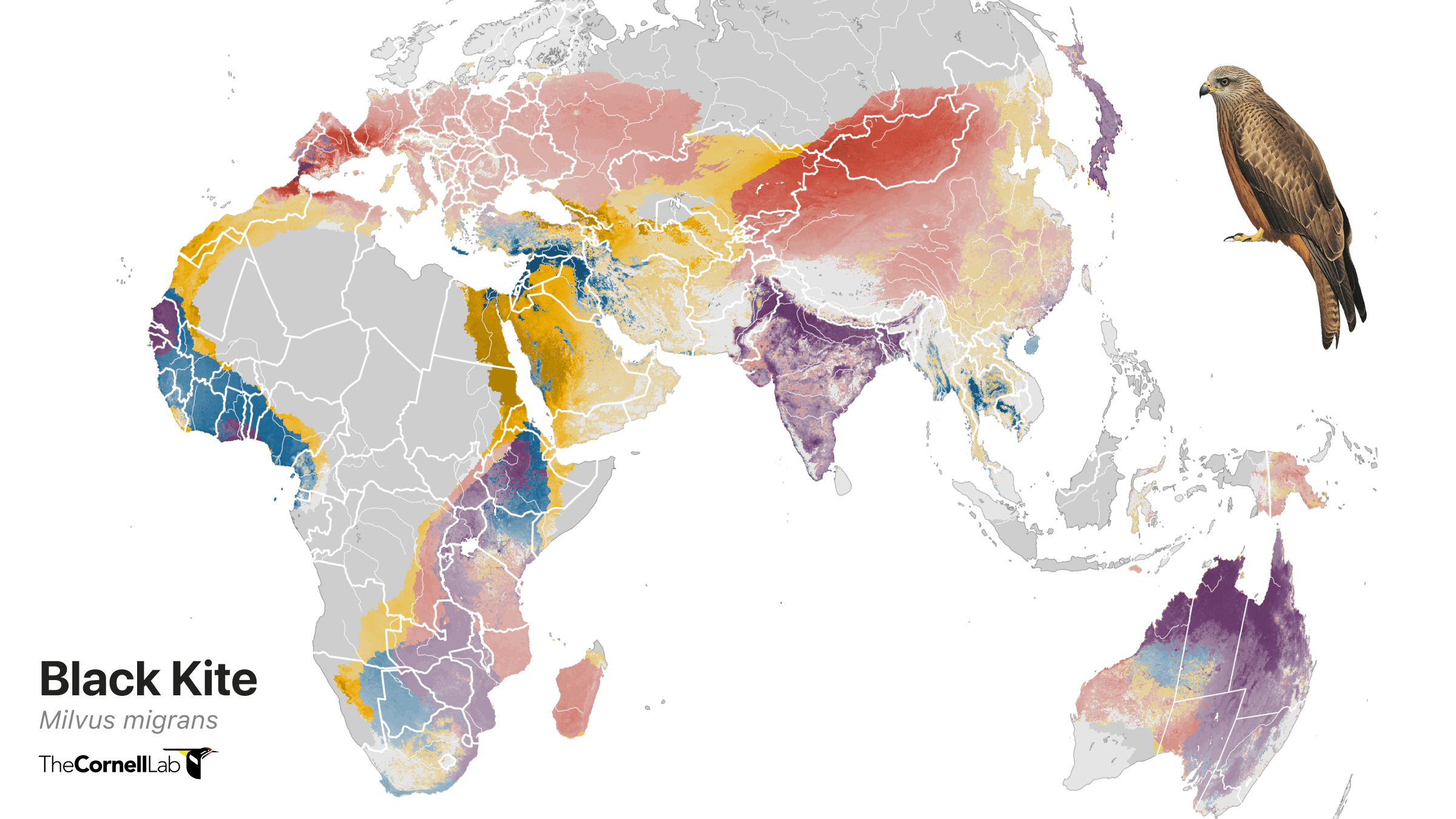 As the number of eBird observations grows, so do their capacity to power cutting-edge tools such as the eBird status models and habitat regional charts—state-of-the-art predictions of where and in what numbers species occur in fine detail at continental scales.

“It’s an unparalleled opportunity to understand birds at a scale that’s never been possible before,” says Tom Auer, eBird geospatial data science team lead. “We’re closer than we’ve ever been before to achieving the dream of community monitoring of bird populations at scale. Having this much information about birds allows us to see and understand patterns of distribution and abundance of birds at spatial and temporal scales that would be impossible otherwise. It’s amazing how a global community has come together to contribute to this effort.”

In Colombia, many groups use eBird data to inform a variety of projects. “eBird has quickly become the main open source for bird data in Colombia,” says Lina Sanchez, eBird Colombia partner and researcher at the Instituto Alexander von Humboldt in Bogotá, “whether it is for local communities that want to promote bird tourism in their towns, students looking for data to complement their research, or organizations looking to analyze and model data at larger scales.”

“At Instituto Humboldt we are working in close cooperation with the Cornell Lab of Ornithology to use eBird data to build models and status and trends indicators that can be used for evidence-based decision making. There is no other biodiversity dataset of birds, or any other taxonomic group, that would allow us to start a project such as this one without having to invest enormous amounts of resources for data collection, curation and storage,” says Sanchez.

“What makes me the proudest about working with eBird is the fact that there is an actual global community behind it. Last year we started collaborating between different portals in Latin America and we are now in contact with people from portals all over the world.” – Lina Sanchez, researcher and eBird Colombia partner

“When eBird reached India in 2014, birders in India finally had an opportunity to upload their bird lists and contribute to greater knowledge – eventually culminating in the State of India’s Birds (SoIB),” says Ashwin Viswanathan, eBird India partner and research associate at Nature Conservation Foundation India. “An output like SoIB at a national scale was impossible without a technology infrastructure like that of eBird, particularly for a country like ours with its size and diversity.” 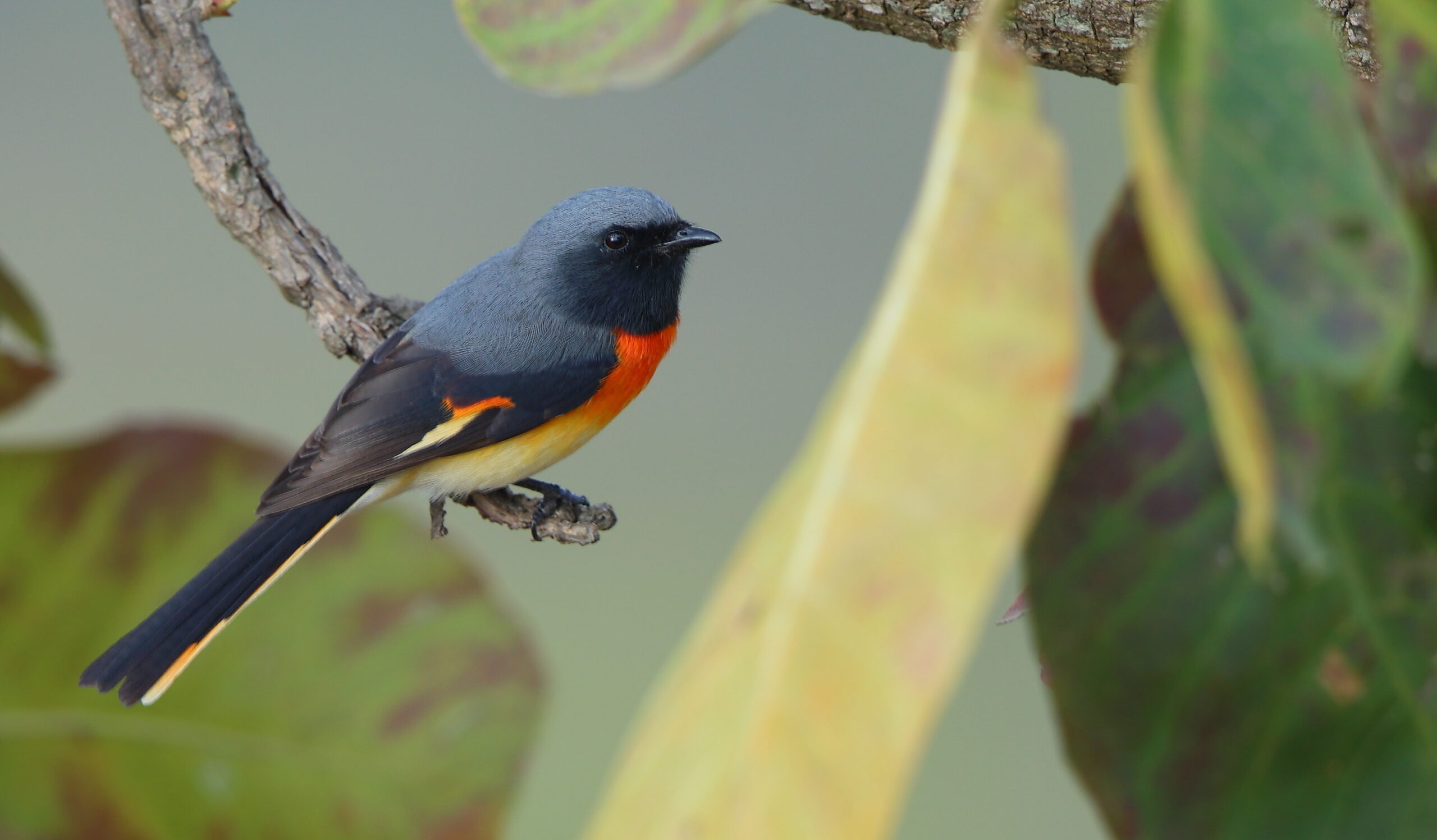 The first comprehensive assessment of India’s birds using eBird data found that populations of some common species, such as this Small Minivet, are declining. Small Minivet © Albin Jacob / Macaulay Library

One million recordings makes it possible to build field guides like Merlin Bird ID with songs and calls of over 7,500 species and power “big data” approaches to science and conservation. Mike Webster, director of the Macaulay Library, never dreamed the Macaulay Library would achieve this milestone in 2021. “By opening submissions from the broader birding community through eBird, the growth of the archive exploded. We thought that it would be a good thing, but it has been more than that—it has been amazing to watch the growth,” says Webster.

The birds you report and the photos and sounds you add to your checklists create a rich collection of information about the natural world. With the billions of observations in eBird and millions of photos and recordings in the Macaulay Library, “the possibilities to learn more about birds are endless, and what’s best is that everyone contributed to a public database that is changing the face of bird conservation,” says Kathi Borgmann, communication coordinator.

Listen to selected highlights in the Macaulay Library from 1929 to today.

Next year will mark the twentieth anniversary of eBird. Team eBird is constantly inspired by the dedication and passion of eBirders and we look forward to future community achievements. It took 19 years to reach a billion bird observations. At the rate people are eBirding today, eBird should reach 2 billion observations by the end of 2025, in just four more years!

eBird is only possible with the support and contributions of bird enthusiasts like you. Every time you do an eBird checklist, you’re making a real contribution towards a better understanding of the birds we all share and love.

“Congratulations and kudos to all you birders who have been pouring in the eBird observations – you are helping generate new understanding about the relationships between humans and the earth’s natural systems, in real time, every day. Let’s keep the pedal to the metal, and bring on the next billion observations even quicker than the first!  The birds, their habitats, and the earth thank you, every one of you.” — John W. Fitzpatrick, Executive Director, Cornell Lab of Ornithology