Living organisms tend to respond to environmental change in three ways: adapt, move, or suffer population declines. Many bird species possess strong dispersal abilities (the capacity to move into new areas outside their previous ranges). As global temperatures rise, an increasing number of studies predict the breeding ranges of many birds will shift towards more climatically suitable areas.

The European Bee-eater is a long-distance migrant that winters in southern Africa and has traditionally bred in Mediterranean climates from Spain to as far east as Mongolia. In recent decades, the breeding range of European Bee-eaters has expanded approximately 1000 km (620 mi) northwards into central European countries including Germany, Switzerland, France, and Poland.

Experts attribute the northward expansion of this warm-weather-loving species to rising temperatures across Europe. Because of this, European Bee-eaters are considered by many to be an indicator species for climate change. However, until recently, the relationship between climate and European Bee-eater distribution remained untested. In a recent study published in the Journal of Ornithology, a team of researchers from Alexander Koenig Zoological Research Museum, the German Ornithological Society, and Ghent University examined (1) if population sizes of breeding European Bee-eater can be predicted by climate variables such as temperature and precipitation and (2) how the range of the bee-eater may shift under future climate projections. 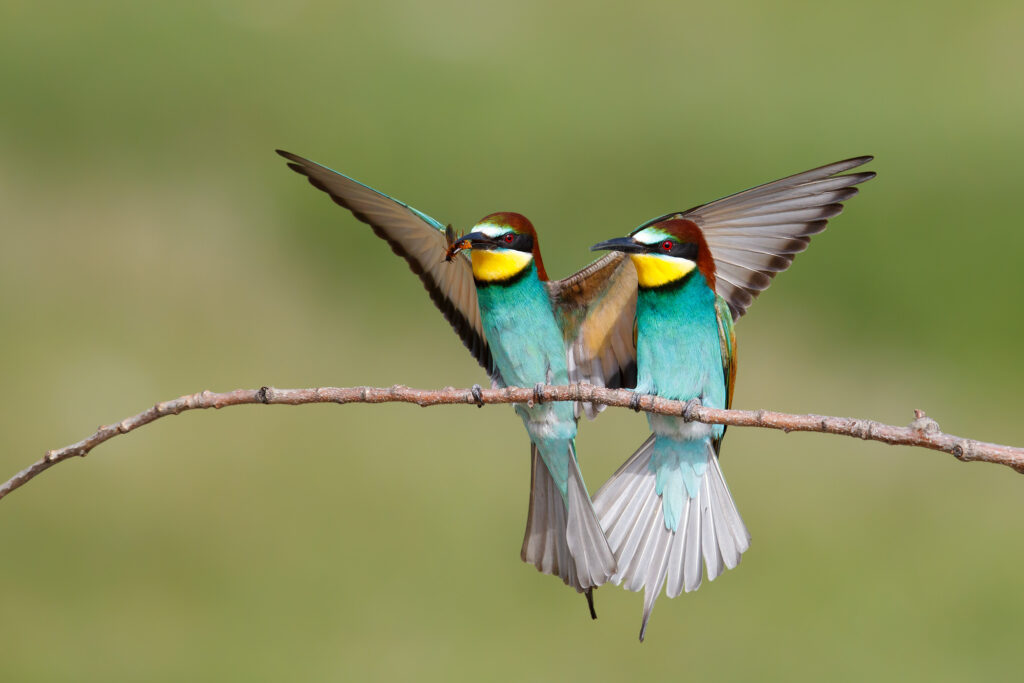 The breeding range of European Bee-eaters may continue to expand northwards, but their populations could be limited by food and nest site availability. European Bee-eater © Daniel Pettersson / Macaulay Library.

When researchers modeled the European Bee-eater’s range under future climate scenarios, the results predicted even farther northward expansion. However, the ability of Bee-eaters to expand north may be limited by other factors. The large flying insects that European Bee-eaters rely on for food may be negatively affected by climate change. So while Bee-eater populations may move northwards, their food sources may not be able to keep pace. Bee-eaters may also be limited by the availability of suitable dirt embankments to dig their nest burrows, which could impact reproductive success. And little is known about the status of European Bee-eaters on their wintering grounds where they may be threatened by habitat loss, hunting, and loss of prey due to pesticides.

Your eBird observations continue to help track the population trends of European Bee-eater and other species, providing a better understanding of species responses to long-term environmental changes.