An important part of the Maine Bird Atlas is knowing which species are breeding or wintering in each atlas block. When you submit a checklist in eBird, you are either placing a pin on a map or, using the app, your location maybe automatically selected. It is important to review your locations to make sure birds are being reported in the blocks you actually saw them, not accidentally slipping into a nearby block because you were so close to the boundary. Here are a few tips to keep birds in their blocks:

The easiest way to avoid boundary issues is to keep your lists short. Keeping many stationary lists, rather than longer traveling counts, is a safe way to make sure birds are reported in the proper blocks. If you are keep traveling lists, we recommend keeping them under one mile, and please review block boundaries before submitting.

You can view block boundaries on the Maine Wintering Bird Atlas Dashboard or you can download .kmz map files on our Resources and Materials page so you can view the blocks in other apps, including your smartphone or GPS.

Where the Bird Is

Remember, with most eBirding you are submitting lists of birds you saw from your location but for the atlas we need birds reported in the block they were seen. There are many cases, especially along the coast, where you will find yourself standing in one block, but looking at birds in a different block. We need you to make sure you plot your location in eBird to represent where the birds were seen.

In the example below, you can see how if you were birding at Marshall Point Lighthouse and were counting sea-ducks in the ocean to the south, those birds actually fall in that next block to the south, not the one you are birding from. 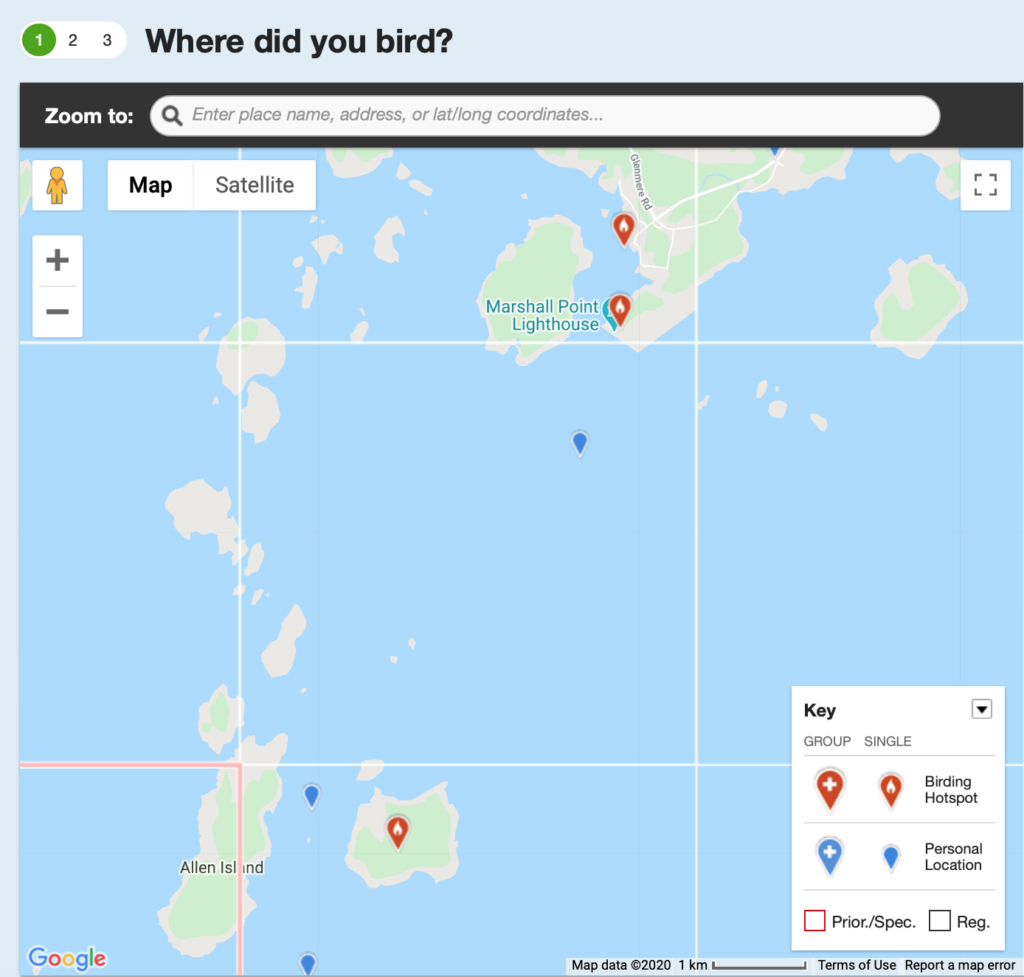 Hotspots are frequently birded locations with a publicly shared ‘pin’ for aggregating sightings within eBird. This creates useful tools for eBird users but can cause problems for atlasers. Many hotspots are large areas that cover multiple blocks, so you may inadvertently be adding birds from several blocks into one. The hotspot pin may also be located just outside of the block you were atlasing in, so remember it is better to make more shorter lists, rather than longer traveling lists, when submitting sightings.

As an example, in the map below you can see the hotspots indicated by the large red pins. While most of them fall safely within the boundaries of the blocks, there are a few that are split (some multiple times) by block boundaries. Spirit Pond Preserve, located near the top middle of this map has its hotspot plotted in a block that captures a small fraction of the preserve. In this case we wouldn’t want observers submitting birds to the hotspot (unless they are in that small parcel) and should instead create personal locations to accurately plot where the birds are. You can also see the Seawall Beach, Phippsburg hotspot near the center of the map – many of the beach roosting species here are found east of the hotspot pin, near the spit which actually falls in the next block over. Again, creating a personal hotspot where you actually see those birds is preferred method for atlasing those winter species. 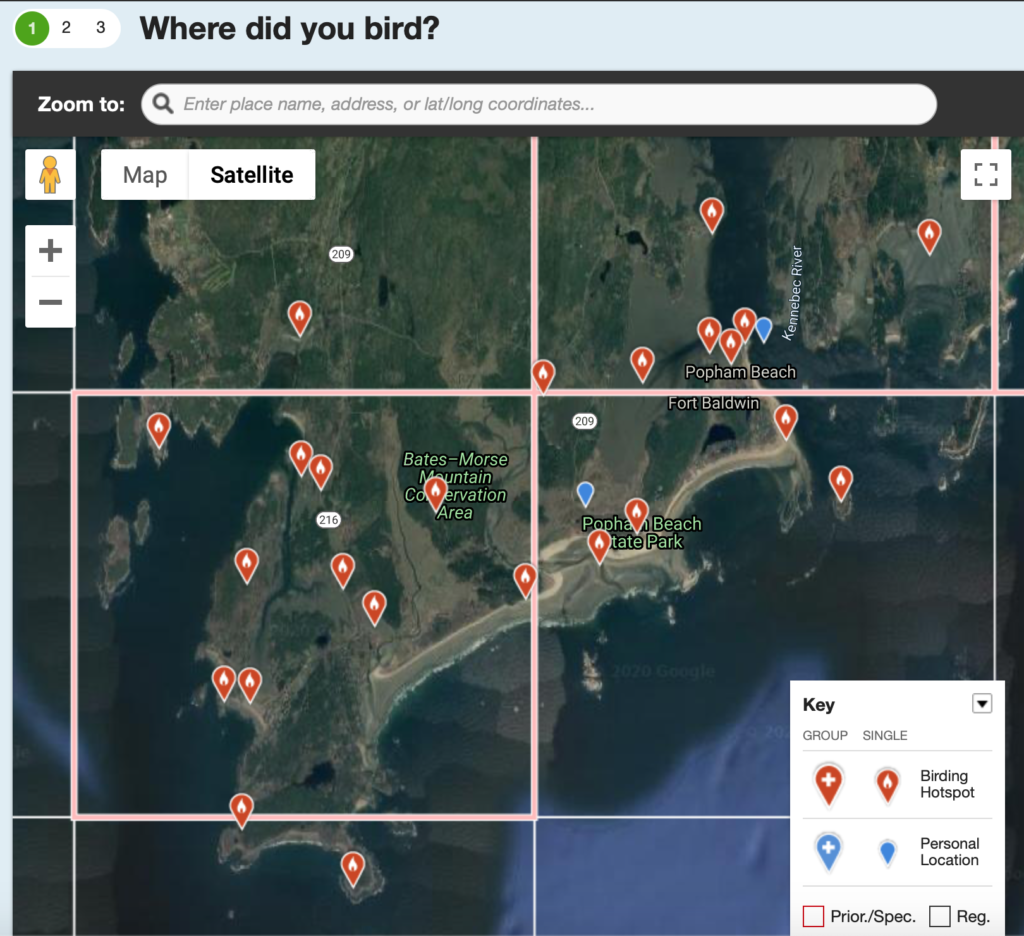