In 1997, the AOS split the Solitary Vireo into three species: Blue-headed Vireo (Vireo solitarius), Cassin’s Vireo (V. cassinii) and Plumbeous Vireo (V. plumbeus). The split was based on genetic work carried out by Murray et al. (1994) and Johnson (1995) on North American populations that are also phenotypically distinct. Howell & Webb (1995) anticipated the split and suggested that «studies including all Middle American populations are needed» (my emphasis). However, the aforementioned studies did not sample the southernmost two subspecies of this complex, montanus and notius, and this group was assigned to Plumbeous Vireo, just as resident Mexican subspecies. Slager et al. (2014) did sample specimens from south of the Isthmus of Tehuantepec when compiling a multilocus phylogeny of the Vireonidae and found that the individuals they sampled from southern populations of Plumbeous Vireo differed genetically as much from northern Plumbeous Vireo as the three northern species in the «Solitary Vireo» complex—i.e. Blue-headed, Cassin’s and Plumbeous—differ from each other. They found that northern and southern populations of Plumbeous Vireo are not monophyletic and likely represent two species, but since they only sampled Honduran specimens south of the Isthmus of Tehuantepec, they recommended wider sampling of this southern group. This is a doctoral study waiting to happen…

The subspecific division of these resident vireo populations into montanus and notius is weak and not universally accepted. Both are notably smaller than the nominate plumbeus, which is migratory, and notius is said to be grayer and duller than montanus, approaching plumbeus. A Mexican subspecies, gravis, is even larger than plumbeus. The two Central American subspecies were described on the basis of a handful of specimens, and individual variation may show overlap in characters in this group.

In Central America, resident Plumbeous Vireos are found in a variety of semi-open forests from foothills (600 m) to highlands (2500 m),  and locally lower in the pine forests of Belize and the Honduran Moskitia. There is much habitat overlap with wintering Blue-headed Vireo in Central America. Blue-headed Vireo is one of the last winter visitors to arrive in Central America and is rare in the region before the last week of September, with the majority arriving mid-October. It is also the first migratory vireo to depart the region in March, with a few lingering into mid-April (Morton and James 2014, eBird). Central American Plumbeous Vireos sometimes join mixed insectivorous flocks, but are often seen in pairs, and don’t follow the flock far from their home territory. Blue-headed Vireos often join mixed insectivorous flocks but are usually not seen with other conspecifics (i.e. they remain «solitary»).

On average, the Central American Plumbeous Vireo looks much like a Cassin’s Vireo, i.e. intermediate between a Blue-headed and a northern Plumbeous Vireo. Be aware of individual variation, with some birds approaching the brighter, i.e. «blue-headed» end of the spectrum, and other birds the duller, i.e. «plumbeous» end of the spectrum. These differences may be sex- and age-related, with adult males on the brighter side and immature females on the duller side; they may be range-related, with Belizean birds (notius) averaging duller and interior highland birds (montanus) averaging brighter; and they may be wear-related, with freshly molted individuals in fall brighter than worn dull individuals in spring. All Central American Plumbeous Vireos are, however, smaller than Blue-headed Vireo. Not many field guides emphasize this difference, and not all birders are accustomed to judging size on small passerines, but with practice this character can be used in the field. Monroe (1968) reported differences in wing chord for Honduran «resident Solitary Vireo», i.e. Central American Plumbeous Vireo (males: 66.3 mm; females: 65.7 mm) and Honduran «migratory Solitary Vireo», i.e. Blue-headed Vireo (males: 75.8 mm; females: 74.0 mm). Blue-headed Vireo often looks bigger overall, especially bigger-headed and longer-winged, than Central American Plumbeous Vireo, with more overall contrast in the plumage. 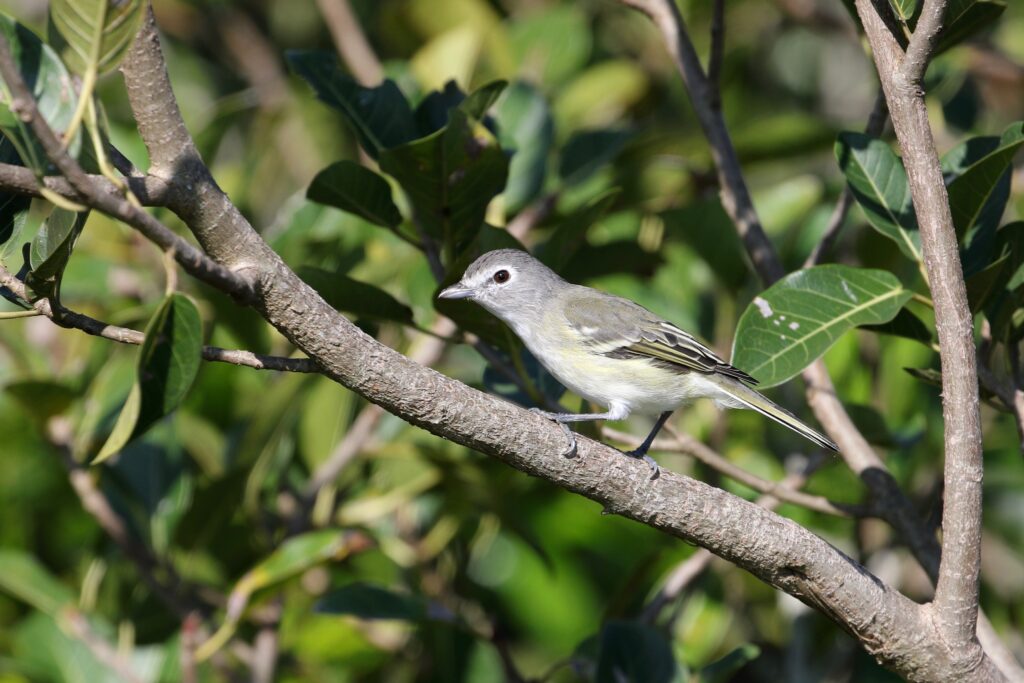 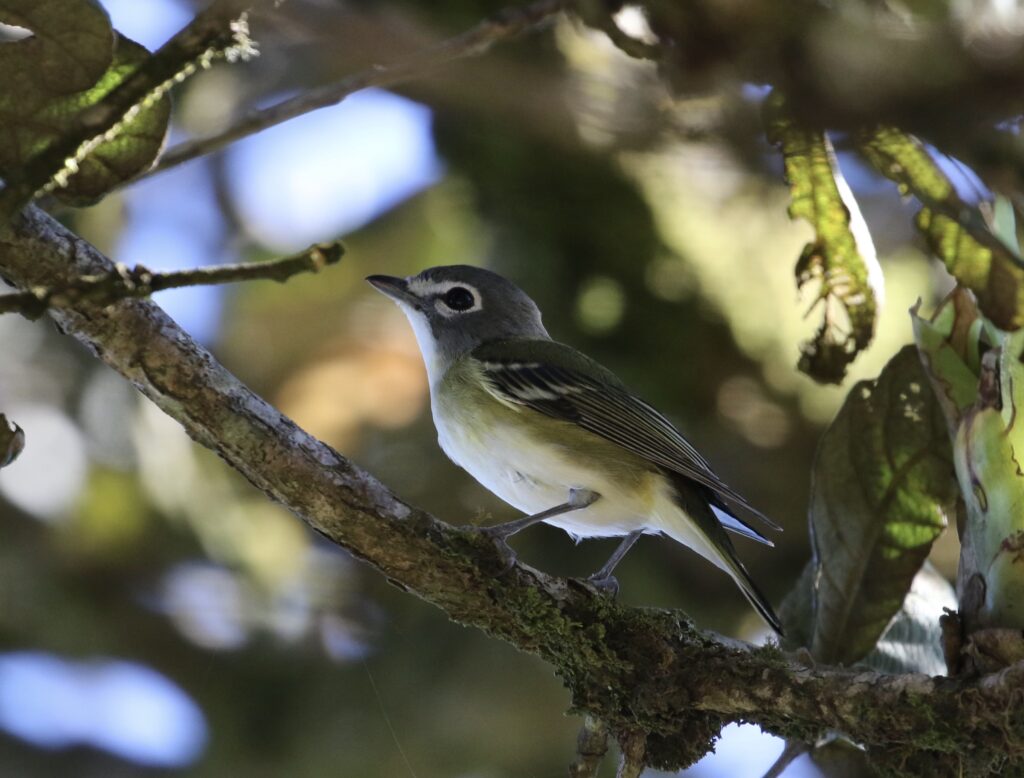 In summary, given good views, most «solitary» vireos in northern Central America can be identified using the following characters:

Be prepared, however, to leave some intermediate individuals identified to genus level only. 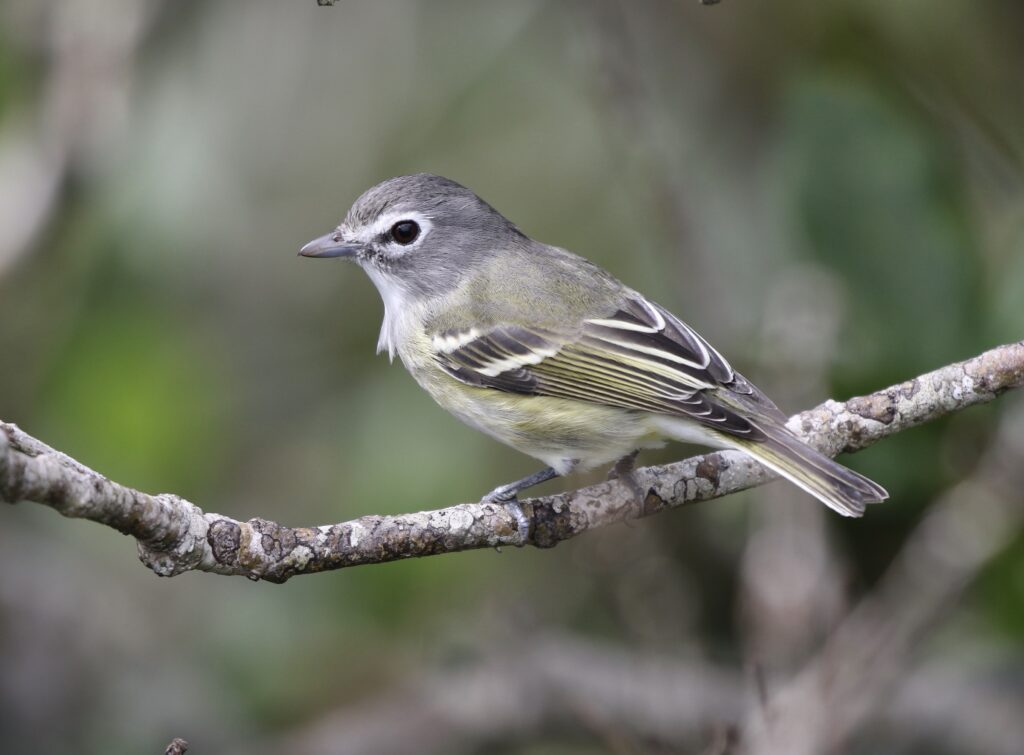 (Central American) Plumbeous Vireo, October 2019, Honduras. A fresh-plumaged individual. Note the weak contrast between the gray head and the greenish-gray back; the faint yellowish wash on the flanks; and the short primary projection, compared to the length of the secondaries. Photo © John van Dort / Macaulay Library. 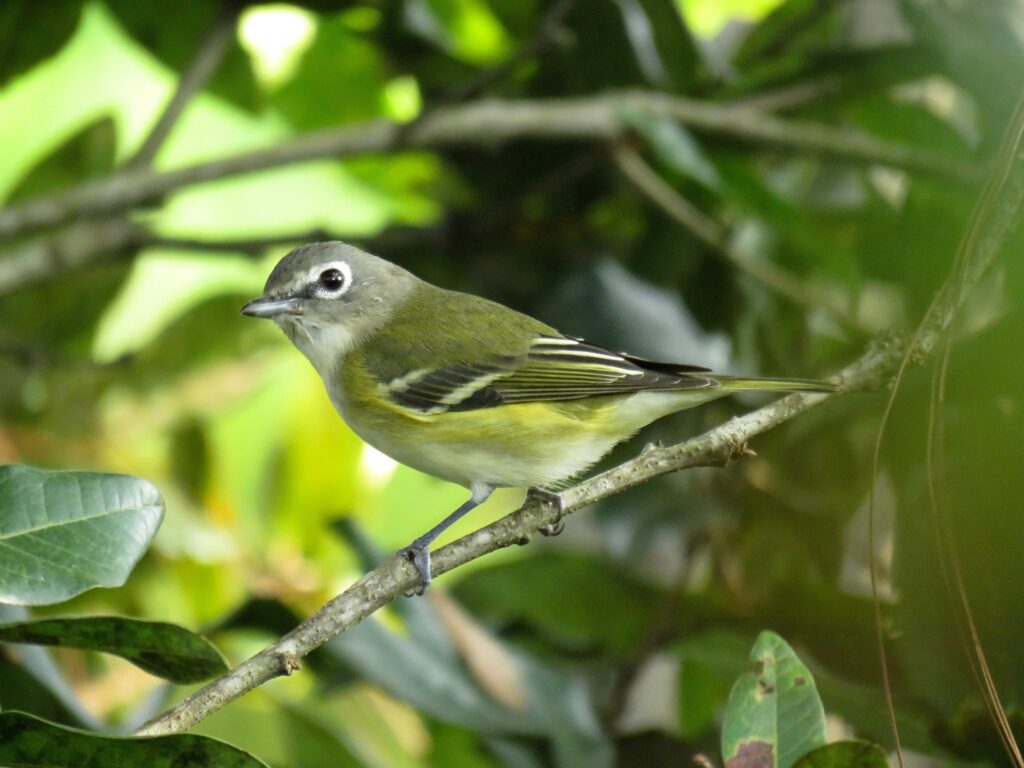 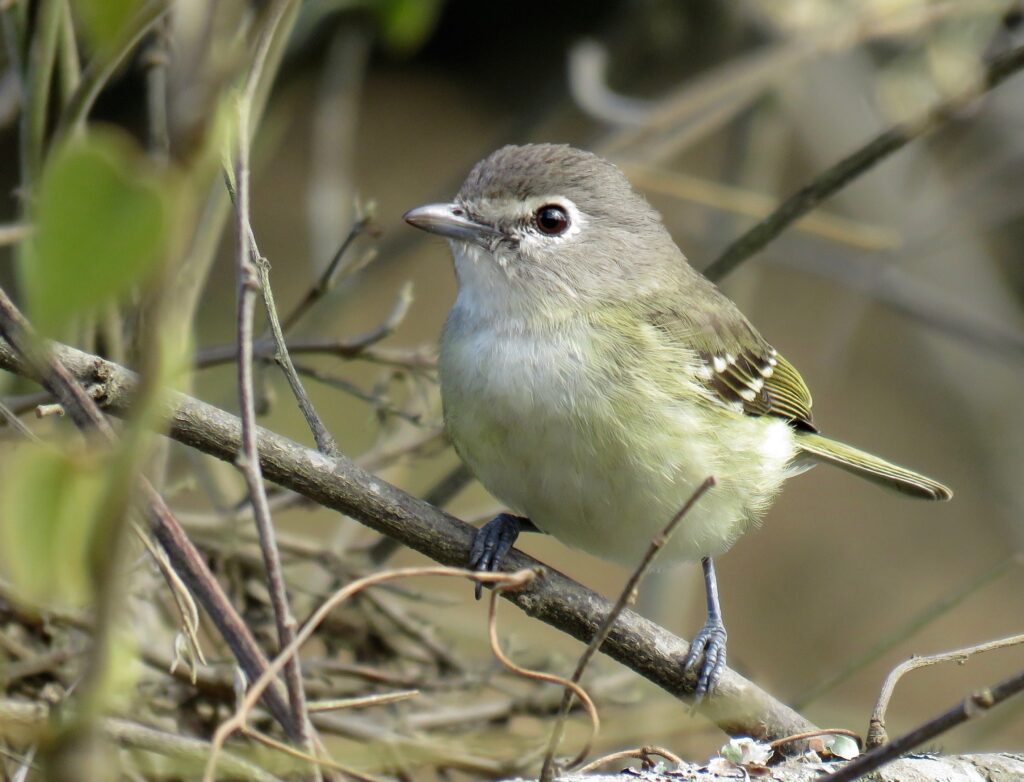 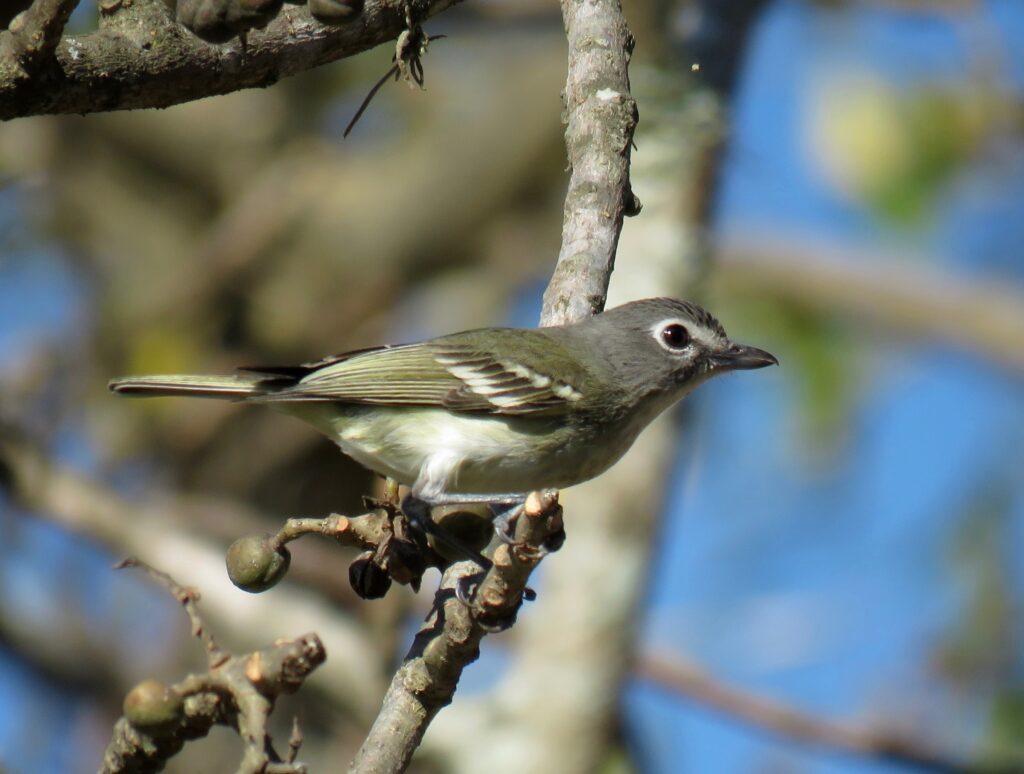 (Central American) Plumbeous Vireo, March 2018, Honduras. A darker individual, but showing little contrast between the head and the back. No contrast between the flanks and the rest of the underparts either, and the wing morphology shows a short primary projection. Photo © John van Dort / Macaulay Library.

Johnson, N. K. 1995. Speciation in vireos. I. Macrogeographic patterns of allozymic variation in the Vireo solitarius complex in the contiguous United States. Condor 97: 903–919.