On May 16, 2020, Ryne Rutherford of Biophilia LLC discovered a female Mountain Bluebird on Chequamegon National Forest lands near Hannibal in Taylor County, marking Wisconsin’s ~25th record and only the 6th since 2002. As word spread and birders arrived to catch a glimpse of this rare western species, it quickly became apparent the bird was closely associating with a male Eastern Bluebird, and both were showing interest in an artificial nest box at the site. 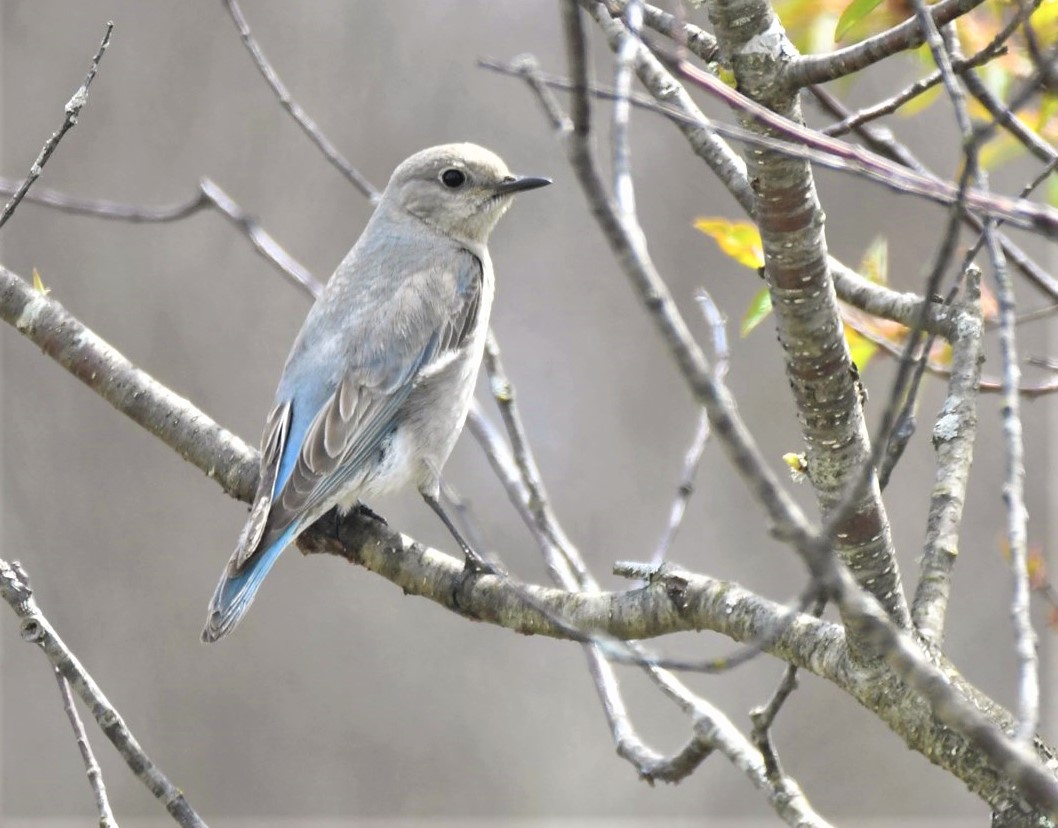 Photo by Ryne Rutherford, May 16

Could the birds be setting up to nest? While Mountain Bluebird had never been found nesting in Wisconsin, hybrid Eastern-Mountain pairs have been previously documented elsewhere, including twice in Minnesota, once in both North Dakota and Ontario, and nearly twenty times where the two species’ ranges overlap in Manitoba. These hybrid pairs have often been successful in producing young. 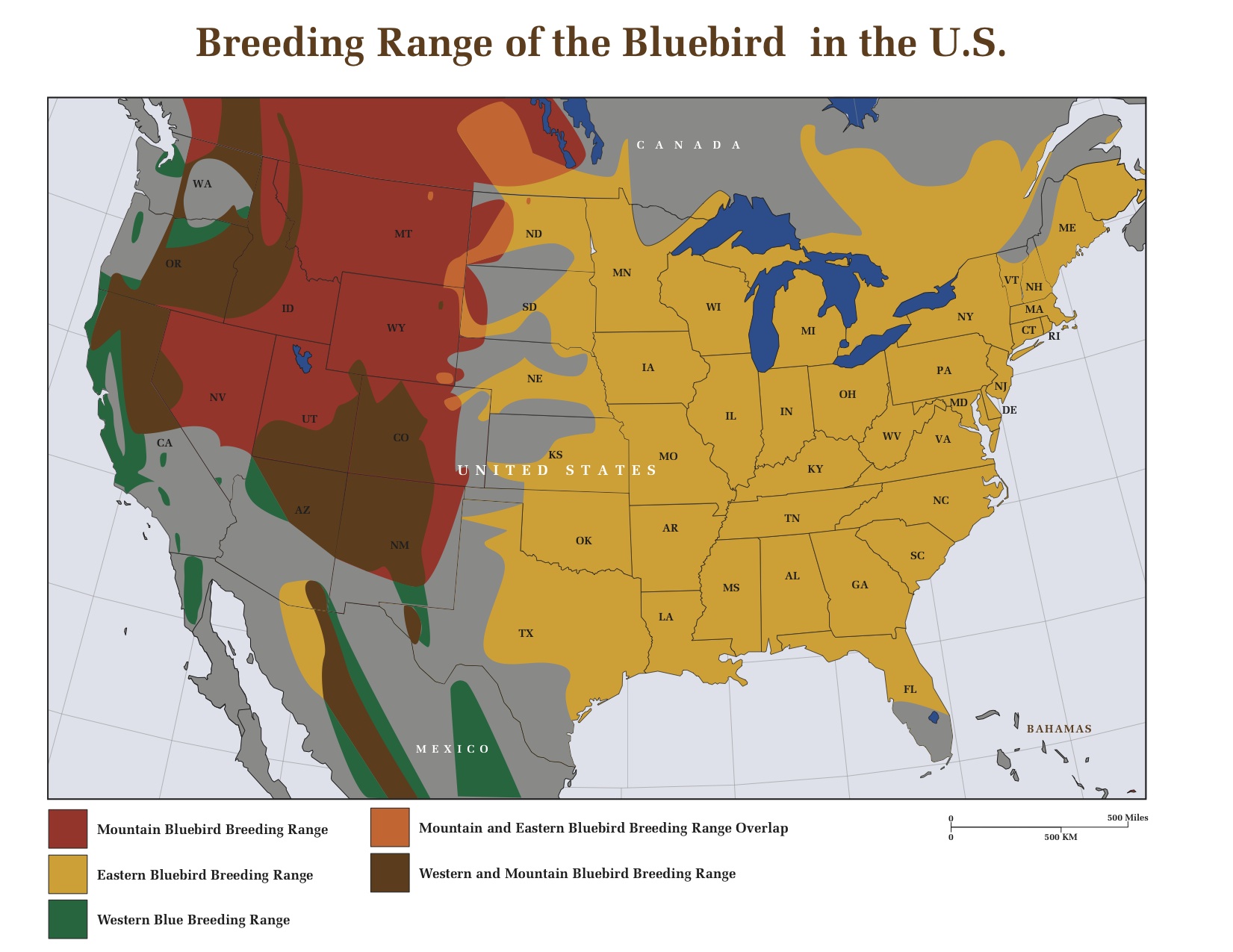 The Mountain Bluebird continued at the Taylor County site in the days following its initial discovery. On May 23, John Dixon and friends from the Hoy Audubon Society visited and saw the bird enter the nest box. As experienced bluebird monitors, they waited for her to later depart and then quickly took a peek inside – six eggs! 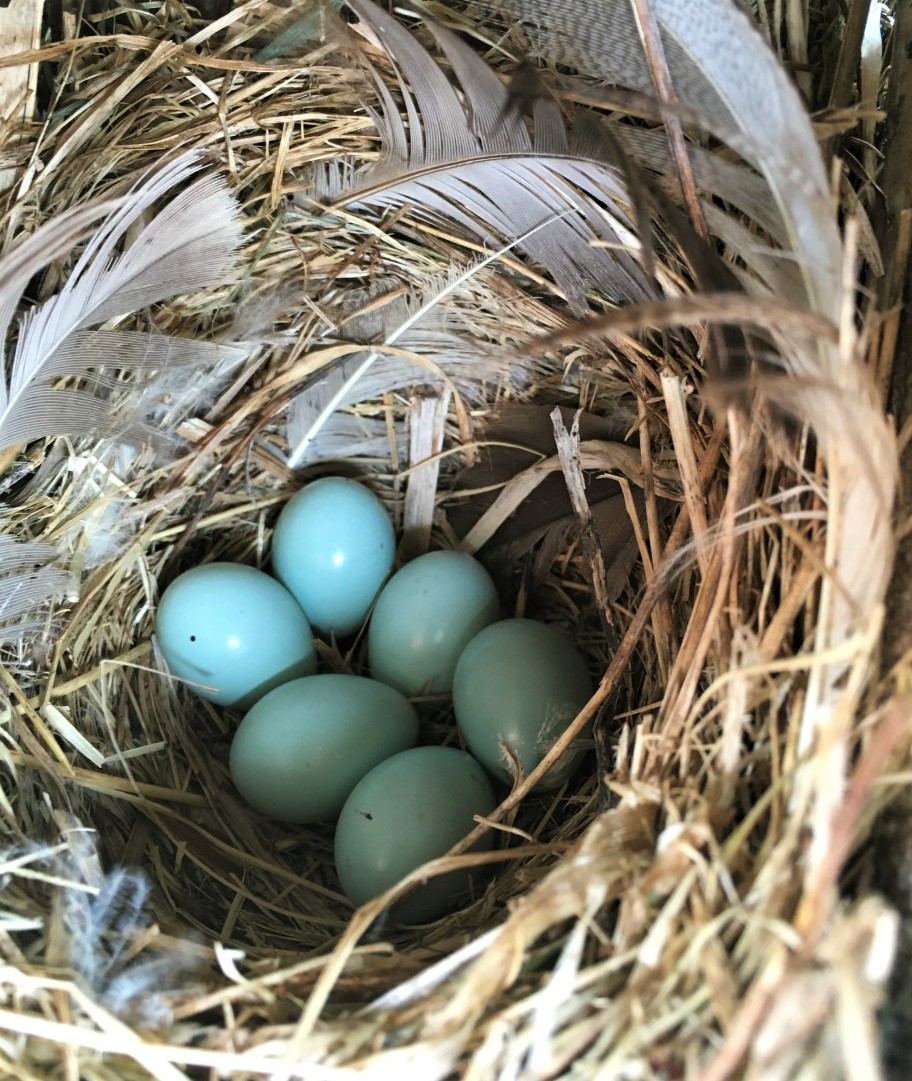 Photo by John Dixon, May 23

Based on behavioral observations and known incubation time of ~13-14 days, John suspected hatching should occur between May 30 and June 5. Then on June 3, observers noted for the first time the female bringing food to the nest box, indicating hungry mouths to feed. John was right! 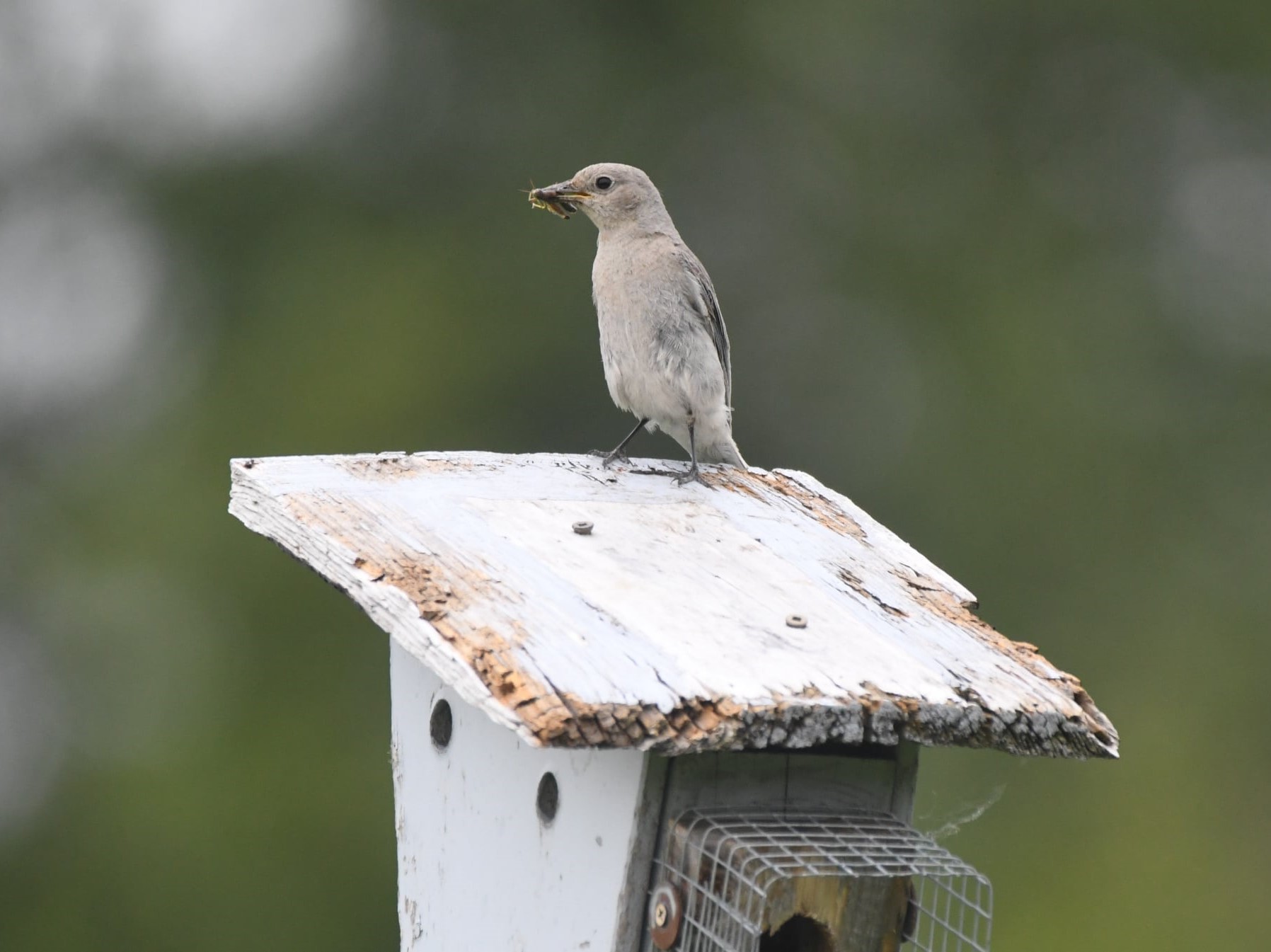 Our goal then became to document the fledged young, which in bluebirds generally occurs 18-21 after hatching. Given the hatch date no later than June 3, we anticipated fledging around June 20, give or take a couple days. A June 19 visit found the female still feeding nestlings in the box, good news as it showed the nest was still active. Then on June 21 Nick Anich checked again and bingo, at least 4 fledged hybrid young! 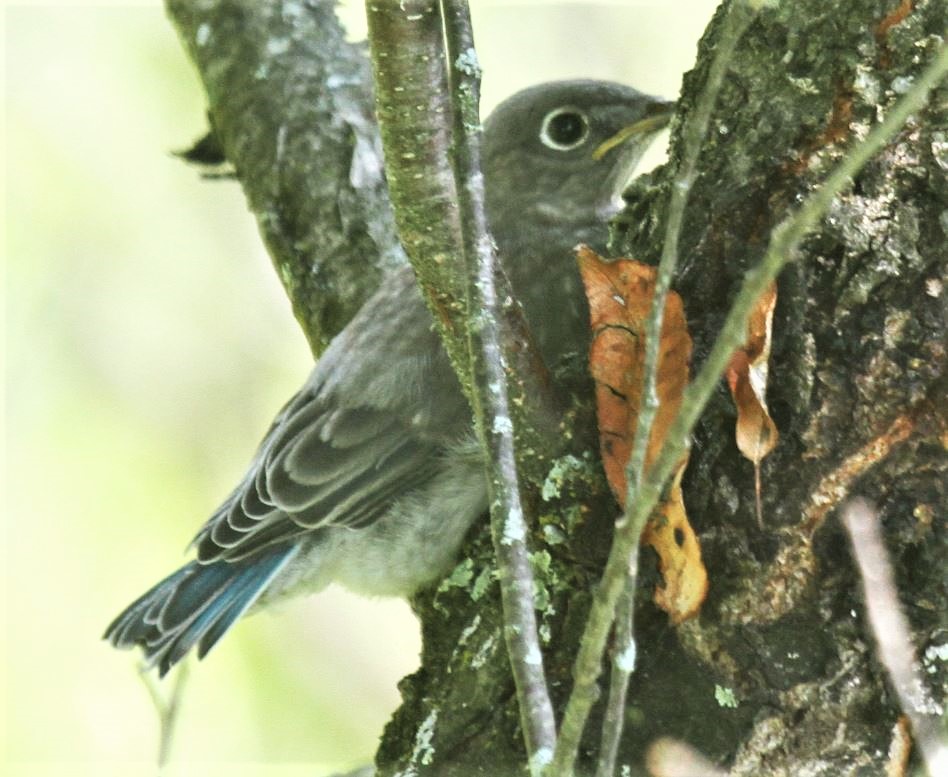 Subsequent observers continued to see the family in the area through at least June 27, including the original observer, Ryne Rutherford, who was able to confirm 5 young were present. The birds haven’t been reported via eBird since but very few birders visit this area of the state. It’s likely the birds are still in the area. Will the adults try for a second brood? Stay tuned! 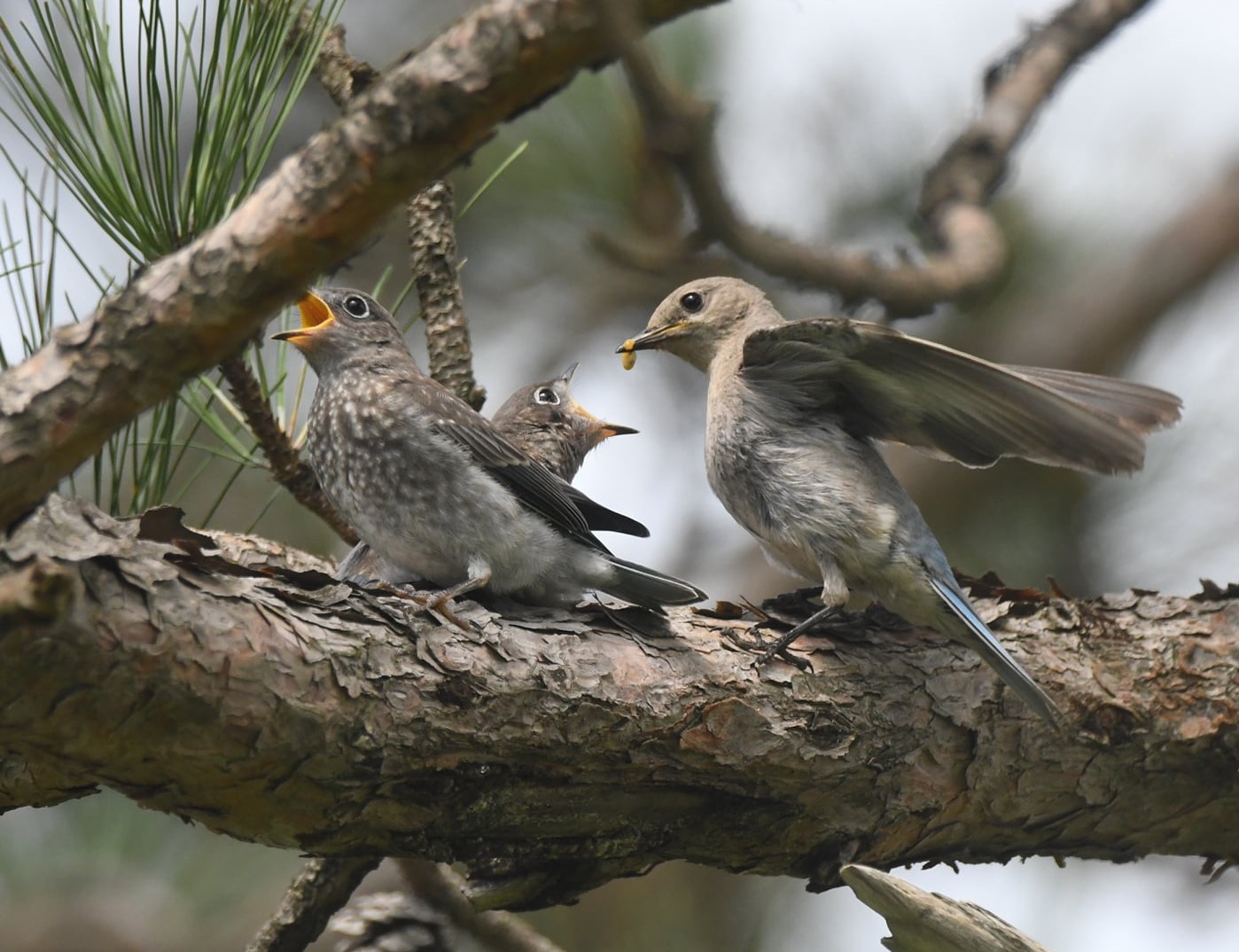