It’s time to feature another Atlaser for the Spring season, and we thought we’d feature an awesome couple who are busy trying to turn the Northland in on the Effort Map. We are over the moon to feature the wonderful Wendy Hare and Nigel Milius! 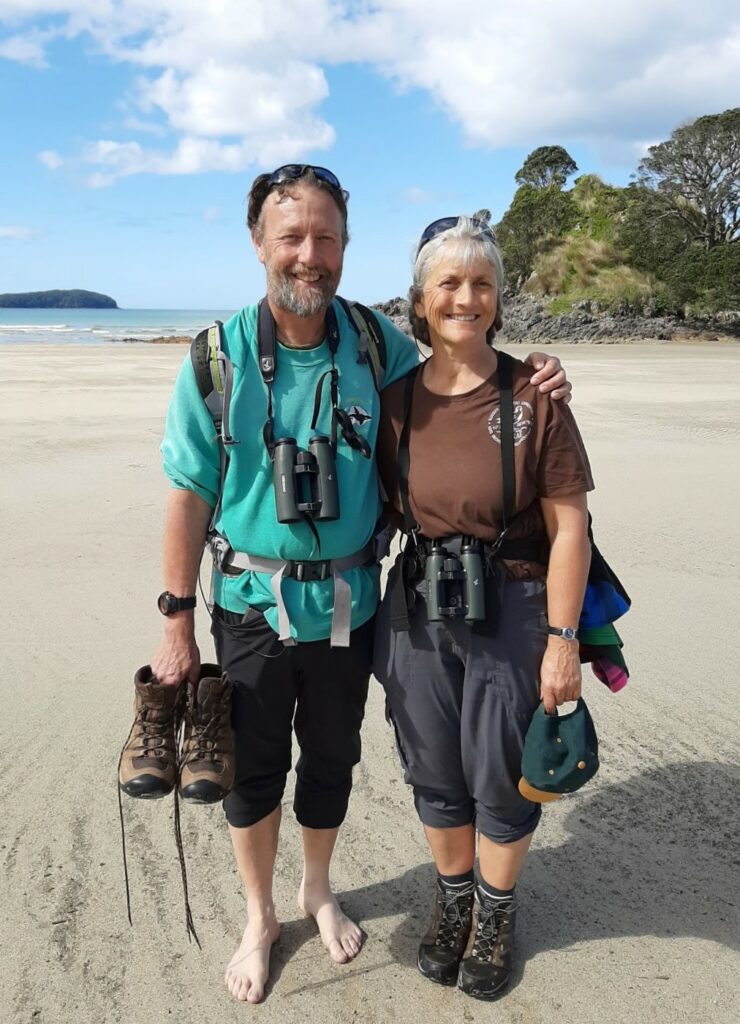 Can you tell us a bit about your backgrounds, how long you’ve been birding and what first got you interested in birds?

Wendy – grew up on a dairy farm on the Coromandel, did the big OE post university, got into bird-watching while volunteering in the UK on FIBO, Fair Isle, Shetland (where I first met Nigel in 1991) & at the Wildfowl & Wetlands Trust at Slimbridge, UK. I became a birder (lister) by marriage to Nigel!

Nigel grew up in suburban Manchester with a family into the Great Outdoors (tho not birding), volunteering at bird reserves for the RSPB morphed this into a bird-watching passion. Trained as a chef in order to travel to watch birds which took him to Fair Isle (where he met Wendy) & to the Antarctic which led to many great adventures!

We both now work as wildlife guides on expedition vessels primarily in the polar regions but anywhere else we can get a job too. Clearly this is not viable under current conditions which is why we have so much time to devote to Atlasing at present.

How long have you been using eBird?

Nigel – early 2019 in preparation for the Atlas scheme.

Wendy – started during lockdown using tutelage from the webinars.

How are you liking the Atlas project so far?

We love it! Keeps Nigel endlessly occupied where ever we are, whatever else we are doing. Takes us to corners of NZ we would never otherwise see & we really enjoy the exploration. The competitive element of the top 100 challenges, changing the colour of an atlas effort square all help to keep up the interest when the birds are underwhelming. The technology and the immediacy of seeing the results are fascinating when compared to the last survey (20 years ago) using map, notebook & pencil.

What is your most memorable Atlas moment?

Wendy – cycling the Whanganui River Road, having a snack at a lookout at the top of a long climb. Atlasing as I ate, pretty quiet. Suddenly “kekekekekeke“…a falcon wheeled high overhead. I did my best falcon impression back & it came back over twice for a closer look. 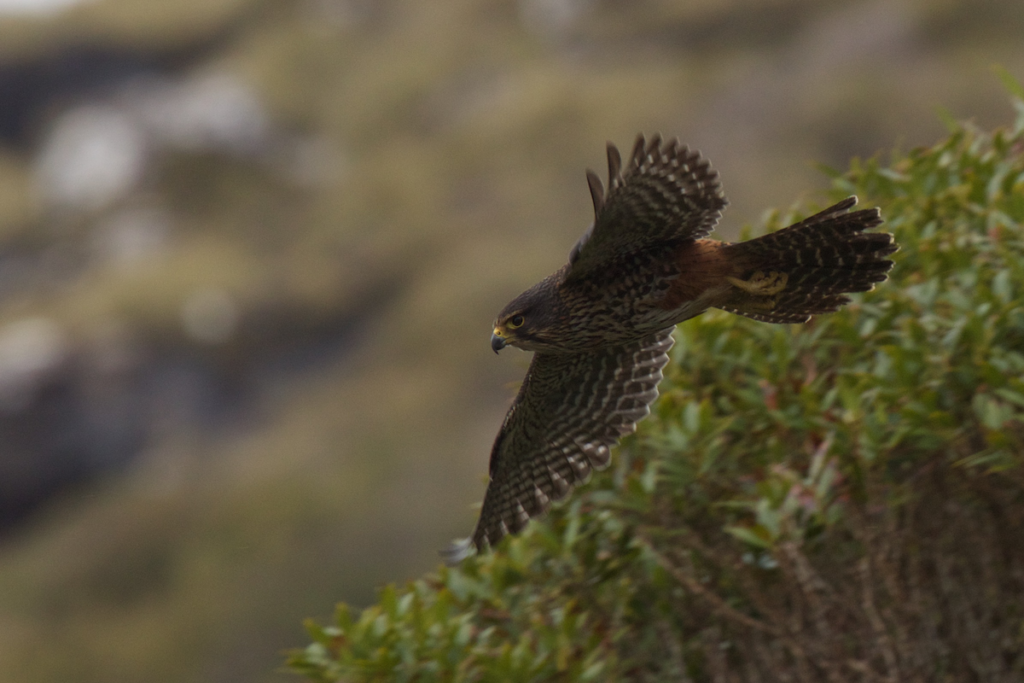 Why do you think community science projects like the Atlas are important?

It helps spread the conservation word to a wider sector of the community (people quite often stop to ask what you are doing). It allows a large section of the population to be involved if they want to be without needing to be a scientist. Super important to have these big picture surveys so it is possible to track changes (e.g to population, distribution) on a large scale.

Any tips/advice for new Atlasers?

Use the app its so simple – even for techno numpties (like us!)

Don’t worry if you cant ID everything you see, the system is set up to cope with that – you only need to ID what you know. We have certainly found our call ID improving with time spent in the field.

Use the Atlas Effort Map to see where the gaps in data are – we are constantly looking for non visited squares near wherever we are – its fun to be first. Or to find pale yellow squares & make them darker with more effort hours, or add to their species lists.

Great fun – make what you want of it – tour the country or add hours in your back yard (we are currently working on doing a survey for every hour of the day for each season in our back yard – in between NZ travels.

The Atlas Scheme recently took us back to Opoutere for the first time in over a decade. A special place for us as Wendy minded NZ Dotterels here for 4 seasons and we got married there in 2002.