AND…we are thrilled to announce that Maine successfully defended our title and emerged victorious! 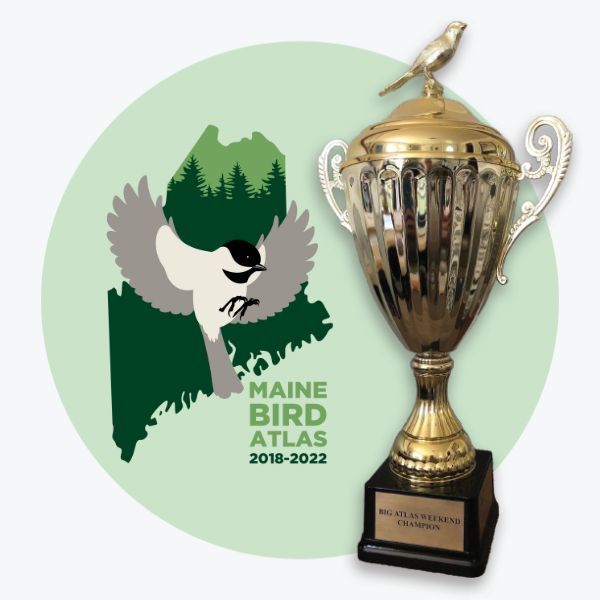 Way to keep the Canary Cup in Maine another year!

A huge thank you to everyone who participated in the Big Atlas Weekend! Maine truly has the BEST volunteers! Most importantly, your efforts over the Big Atlas Weekend helped get us closer to completing the Atlas and will have lasting impacts for bird conservation in Maine!

Maine atlasers are absolutely amazing! Defending our title from last year, we had a lot of experienced atlasers putting their skills to work, while hundreds of new volunteers are just getting hooked. Here are some of the achievements from the second Big Atlas Weekend. 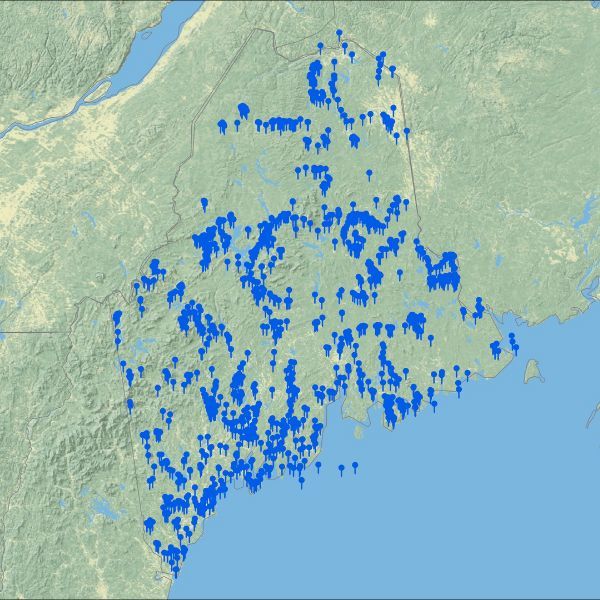 Map of checklists submitted over the two-day competition weekend.

Everyone who participated received a free introductory bird identification course from the Bird Academy at the Cornell Lab of Ornithology.

Every participant in the Big Atlas Weekend is a winner! If you submitted even just one checklist over the weekend you will receive free access to Cornell’s “Be a Better Birder” course (a $29 value).

The winners of the statewide challenges receive an additional free course of their choosing from the Cornell Bird Academy as well as an Atlas swag bag. Winners were randomly selected from the top ten participants in each category.